What crisis?  Which crisis.  Oh, dear. There are so many to choose from.  Here’s an experiment:  go to Google News.  Put the word crisis in the search block.

But, of course, there are real ones.  Katrina was a crisis.  The Sony hack is not.  Afghanistan is a crisis. A highway closed for an hour after a wreck is not.

And if a simple crisis no longer is enough for you, the Huffington Post will tell you that the “doctor shortage is a crisis within a crisis.” 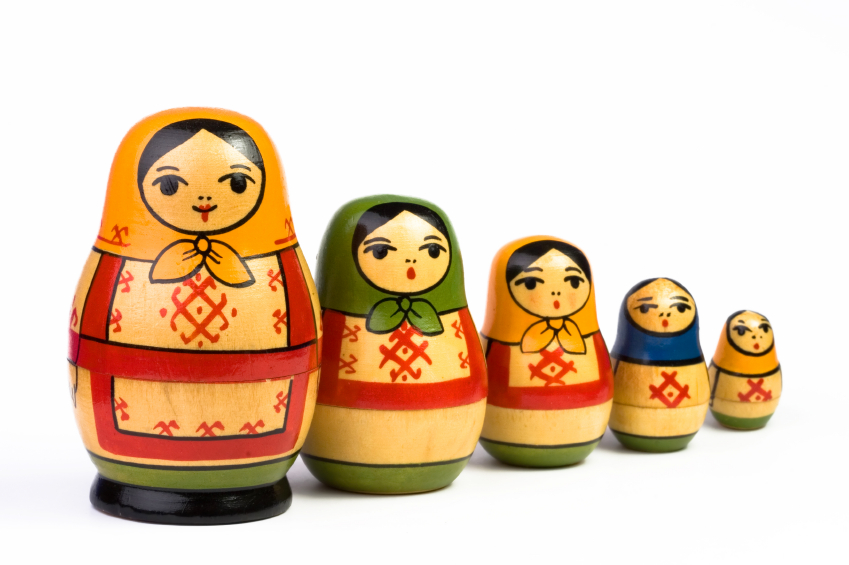 Open one crisis and find another.  That little one on the far right? That’s not really the end.  Open that one and you’ll find a crisis on a cellular level, then a molecular level, then an atomic level.

This is not to say times aren’t tough.  But labeling everything a crisis is beyond useless.
It’s yet another devaluation of the language.

But when we devalue words we’re also devaluing concepts.  And THAT’s a crisis.

Get a grip.  We can fix the airbags.  And the bad ignition switches.  And the 40-year old stockbroker who trades in his Honda Civic for a Corvette, his wingtips for cowboy boots and his wife for his just-post-adolescent secretary.
We can fix the Ruble.  We can fix the shortage of Oranges.  These are problems or -- if you must -- challenges. But Crises? Nah.

Shrapnel:
-- “The Interview” debuted on Christmas day.  There were no 9/11-class attacks.  So the hype and counterhype worked.

Grapeshot:
-Question for Radio Shack, Penney’s and Sears/K-Mart: when are you going to solve your crises by closing?

-Question for the zillion radio stations that spent the last month playing only Christmas music: Okay, you got your ratings bump, now how are you going to keep all those new listeners?

-Question for those with fruitcakes under the tree:  What are you going to build with them?  A fort? A dog house?  An ant trap?

-Another question for the fruitcake crowd, the two of you who actually eat that stuff: Do you have your dentist on speed dial?

-Question for the Tea Party: What’s the Mad Hatter really like?

-Question for the ladies:  Will you please try to remember to close the hood on the copy machine when you’re finished using it?

I’m Wes Richards. My opinions are my own but you’re welcome to them. ®
Please address comments to wesrichards@gmail.com
© WJR 2014