1264 The Bat Belt, the Sound of Music, Ed Koch Remembered


Ever notice what a cop wears around the middle?  It's the nearest thing to Batman's Utility Belt that you can find in the real world.  Gun, baton, ammo, cuffs, two way radio, cell phone, and other secret cop stuff that we don't have clearance (or authority) to tell you about (not even the emergency spare donut case.  Oops.  Told you.  Top that with pockets full of keys, summons books and who knows what-all else, they could send the belt and uniform to the gym to work off some of that weight.


The stuff they carry must weigh a ton.  But we civilians are fast approaching the uniformed police for the carrying of gear.  And while still mostly optional, we're getting big around the middle and all the expansion comes externally.


Think about it.  We carry a cell phone, maybe even two of them.  After all, you want to separate business and personal calls, don't you?  Many do, hence, two cells. One of them may also be a smartphone, hence, email on the go.  Email at the restaurant.  Email and text messaging in the car. Or on an airplane, or trapped inside a mine shaft. Email, telephones and texting in the bathroom.  (See Wessay #330, "Death Knell for Newspapers," 12/7/07.)  There are computers at the office, computers at home, computers everywhere.  Also at home, you have at least one land line or cable phone.  Back to your belt:  you have an iPod, a set of earbuds for it.  Maybe you even carry a radio or a CD player.  The only thing missing is a TV set, and that's only because your Sony Watchman broke and no one will fix it.


Most of the communication stuff is two way.  The phones, maybe a walkie talkie to keep up with your kids.  We have more, better, cheaper, cleverer stuff than the US Army in World War II.  We have more personal communication gear than the moon-landing Astronauts.  We can "talk" with someone ten thousand miles away as easily as someone around the corner or standing next to us on the subway.


So, how come so few people respond to e-mails anymore?  Or return calls?


Old excuses don't work.  "I never got your message" once was a legit excuse.  Not now.  Voicemail has become technically so efficient that one almost never loses a message.  Email often used to vanish into cyberspace.  It doesn't do that a whole lot anymore.  (You can hit something on the keyboard and an unsent message may explode, but that's a different story.)


Because secretly, we all have this stuff just to have this stuff.  It's kind of like smoke alarms.  We hang them up (the new religious icons?) and we hope never to have to use them.   But if the fire inspector comes along and asks if you have one, you have one to display.


Same with the cell phone array and the accompanying chorus of Blackberries.  They're not really tools of communication. They're talismans.


-- Fresh from its ratings success for “the Sound of Music,” NBC is planning more live musicals.  Let’s hope they find a better cast for the next show.  Carrie Underwood was abysmal and so was her response to critics, “they need Jesus.” 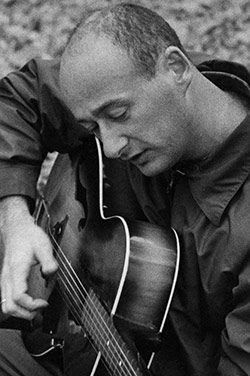 And Ed Koch as you remember him:

On the eve of what would have been his 89th birthday, 12/12. (pics LaGuardia Community College; Findagrave.com)

I'm Wes Richards.  My opinions are my own, but you're welcome to them.®
Please address comments to wesrichards@gmail.com
an earlier version of this appeared in 2008 and is here now because the staff is either sick or on a holiday break or both.
©WJR 2013