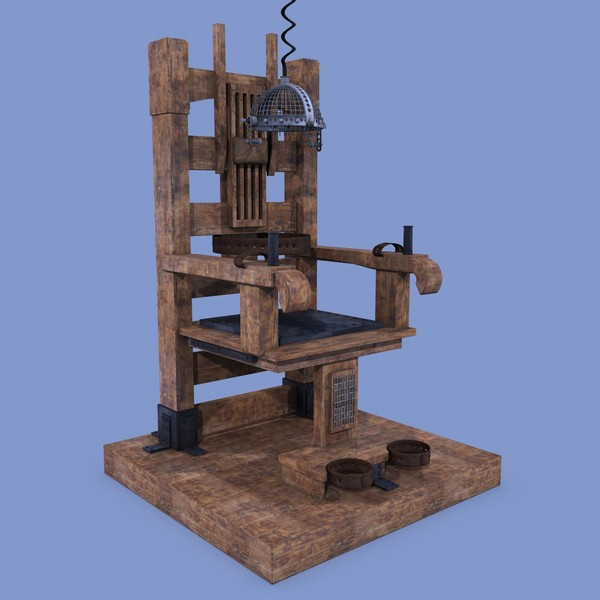 A fellow who was born and raised in a rural village with a big prison once said when they used the electric chair, all the lights in town dimmed.


Fortunately for nighttime readers, the state didn’t execute a lot of people.  But when they did, the electric chair was their eraser of choice.


Of course, we’ve become much more humane now.  So we use drugs.  Except sometimes they don’t work. Like in Oklahoma last month. And sometimes, there’s such a drug shortage, the executioner can’t get enough of them to do his job.


What to do?  Well, we could try to get those drugs listed on the Medicare Part-D formulary.  Or we could return to those thrilling days of yesteryear.


One lawmaker in Utah wants to bring back the firing squad.


In Tennessee they didn’t wait for debate.  They’re bringing back the electric chair. But wait, before you start talking about cruel and unusual punishment, understand the fine print.


They will use it only when they can’t get their hands on the death drugs.  Or when the executee is found to be less dead with generic versions than with the name brands.


Or if there’s a sudden emergency execution.


Of course, in the age of conservation and environmental interest, someone’s soon going to demand that electric chairs meet Energy Star specifications like your washing machine, refrigerator and 95 inch plasma TV.


Prisons have just so much in the budget to pay the electric bill, and have to watch what they spend.


The gentleman’s village is situated on the Marcellus Formation.  Right now, there’s a 49ers-style gas rush not much smaller than California’s gold rush.


So you’d think that budget and economy-minded legislators would consider the gas chamber over the chair.  But no.  Never gave it a thought.


The chair was first used in New York State and has been in general use since 1890, 124 years.  It has a rocky history.  But most states have stopped using them.


And it’s not like it’s easy to find one.  You can’t just waltz into a furniture store or bid on one at eBay.  Many prisons have dismantled their old ones or put them in storage.  And after all those years in a dusty storeroom, they need testing before use.


-Why do they use a germ-killing alcohol swab when inserting the death drug needle in the arm of the person they’re executing?


--All executioners work freelance.
--Executions are punishment, not deterrent but could be if televised live on C-Span.


--We have a “war on drugs” which isn’t working too well and maybe we should be channeling those resources into a war on treason which is committed every day in the House of Representatives, on the radio and on the internet.


--We could also have a war on war which if won would slow the growth of graves to decorate on Decoration Day, which is today.


I’m Wes Richards. My opinions are my own but you’re welcome to them. ®
Please address comments and schematic drawings to wesrichards@gmail.com
© WJR 2014