Before I begin, let me ask you this:  Did you know that 15 minutes could save you up to 15% on your car insurance?

How do I know that?  This guy told me: 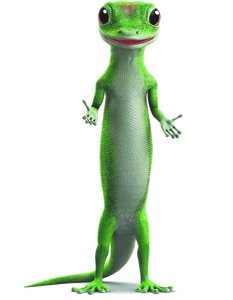 But the Geico Gecko is just a computer animation.  This is what a real one looks like: 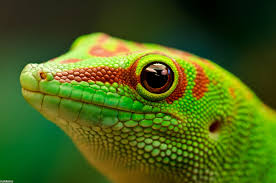 Some time back, Russia put a few of these critters in a spaceship and sent them into orbit.

Scientists wanted to know the effect of weightlessness on Gecko mating.

Why? Who knows.  But they probably offer research grants in Russia the same way they do here in the US.

Chances are that will be the same result this time.

Oh, PETA, where art thou?

Geico has humanized these lizards.  So you can expect an uproar.  They’ve killed the poor little critters.  And here we were hoping to adopt a rescue gecko who speaks our language, albeit with a funny accent.

But this should give pause to those of us who wanted to don our Doc Martens boots then hunt and stomp every little pixel in the obnoxious little cartoon.

Why should all the fun go to the Russians?  They don’t have to suffer through those endless car insurance ads.

Do we really need to know the effect of limited gravity on the sex lives of these lizards?

Of COURSE we do.

Four females, one male.  And there’s still hope for them.  The spaceship was launched on July 19th.  They have 60 days worth of food and water.

So it won’t be until mid-September that the experiment will have failed.

Meantime, we can hope to hear the telemetry.

To female #3: My wife doesn’t understand me.

To female #4: I promise I won’t put this tape on the internet.

Other pickup lines:  Want to come over and see my etchings?  Have you seen me on TV? I’m a wild and crazy guy.  Buy you a drink?  I’m friends with Vladimir and ex-KGB.  Are you with someone?

--Not for the first time in recent years, Russia is experiencing a brain drain…  almost a quarter million smart people leaving have left.  Reuters reports these are the very people Russia needs most to build its economy. The reason: critics of Putin are getting that creepy, unwanted feeling and want to get out on their own terms while they still can.
--New Hampshire is a small state with big contradictions.  It’s among the most libertarian in outlook,  but there’s a government retail liquor monopoly. And technically, though this will change, that monopoly does not recognize i.d. from parts of America that are not states… like Washington D.C.

I’m Wes Richards. My opinions are my own but you’re welcome to them. ®
Please address comments to wesrichards@gmail.com
© WJR 2014