When it comes to telling a good story, it’s hard to beat Brian Williams, anchor of the NBC Nightly News. 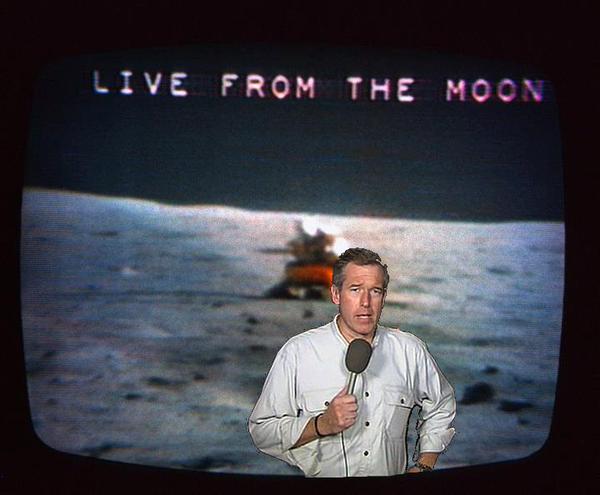 Unfortunately, sometimes the good stories are too good.


Such was the case when he kept telling us over the last couple of years that when embedded with the troops in one or another of our random, pop-up wars, the helicopter in which he was riding took enemy fire. It didn’t.


The major network newscasts run 30 minutes, of which about 22 is actual content.  Williams took almost a minute of that time last Wednesday to explain and apologize when reporters for the Stars And Stripes and others called him on the latest telling.


Fifty seconds on the evening news is almost a lifetime.  Most “tell” stories -- news items without video -- take about 20 seconds.


The apology amounted to “it was tough to remember all the details 12 years after the fact… I made an honest mistake.”


So, were you addled or just lying?


Williams is a pretty normal guy, or at least he was back in the day.  He had and still has excellent credentials, a fine background including a stint as White House correspondent.


He’s a funny guy.  He’s good company. He was a volunteer fireman.  Like many of his age and older, he never finished college, but went on to go directly into the news business.


Don’t pooh pooh that.  Neither Peter Jennings nor Walter Cronkite were college graduates. Brokaw took plenty of time off between starting and finishing college.  (And so did I.)


But when something like Brian On The Helicopter comes up, you have to wonder … okay, was this an isolated incident?  Or are there things we don’t know about.


Who is defending Williams?  Dan Rather, the single most overrated news anchor in the history of television.  Speaking from exile at AXS TV, the Ryan Seacrest-owned, scarcely watched cable channel, Rather told Politico Williams is an “honest decent man, an excellent reporter and anchor -- and a brave one.”


Well, that’s what we all thought. And when it comes to the question about isolated incident vs. something more, Williams is the kind of guy that makes us easy to hope for the first.


There are no sinister motives.  Banish that thought. But the anchor of one of the three major PM newscasts has one and only one asset: credibility.


And right now, that’s in question.


--NBC has new owners, Comcast, which appears to be completely clueless about how to run a network or its news division.  We said the same about GE when it bought NBC as part of RCA in 1985. GE learned a thing or two in its years of ownership, but whether Comcast will is in doubt.


--The Williams issue and the Comcast issue are not directly related.  But what the latter does about the former will be telling.  Do they ride this out or make changes on Nightly News, and if so… what will they be?