Wait a minute. They found WHAT?  Yeah, a dead black man hanging from the branch of a tree in Mississippi.  Now. In 2015. A branch 12 feet off the ground.  No ladder in sight.  No stool. A suicide?  It’s possible to assume so, but improbable.


Otis Byrd, missing since March 2 from his home in postcard-like Port Gibson, near Vicksburg and right on the river. 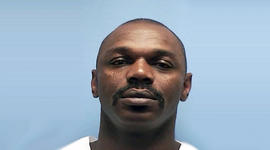 Served 26 years in prison for killing a woman in a $100 robbery.  By all accounts, rehabilitated.  Working. Going to church.


And going to the casinos, of which there are three in Vicksburg, population 49,000.


In 1980, already on probation, Byrd robbed a grocery clerk of about $100.  Shot and killed her.  The money, says the sheriff, was to pay fees owed to his probation officer.


So, how did Byrd get up in that tree and kill himself if there was no sign of a ladder?  His hands were unbound. He was free of injuries would likely have received in a struggle against a lynching.


A guy in his 50s climbing 12 feet up a tree?  Not impossible. But it would give him plenty of time to re-think a planned suicide.


How about Klan activity in the area?  None that he knows of says sheriff Marvin Lucas, who is black and a past president of the local NAACP. Let’s not jump to conclusions, he says.  And Claiborne County doesn’t have much of a track record for racial violence.


State investigators are working on the case and so is the FBI, which says it won’t do much until the autopsy results are in.


No bullet wounds.  No stab wounds.  If he overdosed on something, chances are he would not have gotten up a tree, at least not by himself.


So while the sheriff and the staties and the FBI are all advising caution, the TV trucks are rolling in and soon will be followed by the people they always magnetize.


And those of us without law enforcement or CSI credentials are getting our conspiracy theory and coverup allegation tinfoil hats ready. Too bad so many Radio Shack stores are closing.  Anyone know where else can you find a proper antenna?


--Speaking of tinfoil hats, welcome to the games,  Sen. Cruz (R-Canada.) It’s nice to see yet another failure in the making from someone who can’t read the constitution’s “natural born” clause. It’s vague enough for you to give it a shot.

--Cruz knows he can’t win the presidency.  So we ask the same thing we asked about Jesse Jackson back in the day:  What does Ted really want?  The answer to both is to become a king maker.


--In this country, Ted, king makers habitually fall on their butts.  And the kings they made tend to succeed. And then they ignore the people who put them where they are.