The JC Penney store around the corner has closed.  And they’ve sent us a postcard.  A Penney Post card.  For those of you too young to remember, a post card from the USPS used to cost one cent.


For those of you too young to remember, James Cash Penney was one of America’s leading merchants.  The name means something.


Until the store closed, his picture hung near the office. 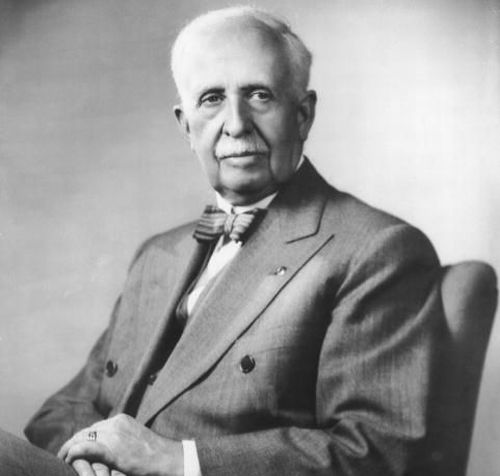 Ninety five when he died.  And almost immediately, the store started sliding downhill.  Happens a lot when a big outfit turns on one personality.


If you think otherwise, take a look at Apple between Jobs-1 and Jobs-2 and again now.  Lost its polish, though not its value. Be patient.


So, here comes the postcard.  “We’re sorry your store has closed.”  Our store?  Not quite. Were it, it would still be running.  It doesn’t take a genius to run a department store.  All it takes is someone who doesn’t set out to wreck it.


The recession hurt most every large retailer.  What did Penney’s do?  Went begging for cash to a private equity guy.  Almost always the kiss of death when the answer is “yes.”


Then he tried to be “stylish.”  Penney customers are not, for the most part, runway models.  So there goes the core customer.  But the runway models that are shopping at Macy’s or Nordstrom didn’t rush in to fill the void.


Christmas week at Penney’s you could bowl in the aisles without endangering another customer.


Well, they got rid of the CEO; the private equity guy sold out and bailed out.


The new CEO is someone who was a big wheel at The Home Depot.  Fine. Big chain. Big job.  But with a fashion sense centered around orange aprons, as one critic put it.


What happens to a company stock when they announce mass firings?  Why, it rises of course.  And that’s what happened.


The question that remains: can they make a buck and serve a need in their present condition.


And another question: if the whole shebang vaporized tomorrow, would you miss it?  Probably not.


--Remember you heard it here first...  or maybe 31st. JCP will hobble along for awhile and then die. Sears/Kmart is next.

Y ou may think this is an a-bomb but it isn’t. It’s just a teenager reacting to a perceived slight.   Old saw: When a dog bites a man...