1664 Art and Antiques of the Future 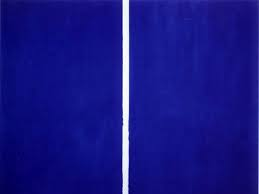 
Assuming we don’t melt, flood, burn, choke or radiate earth into subatomic particles, what will serve as the antiques of the future?


Is there anything made today that will survive a few generations and become a future treasure?


When we think of antiques, we think of overstuffed or intricately carved furniture. We think of old paintings or lithographs and other prints by famous artists.  We think of milk bottles made of glass, substantial but rusted tools, the advertising signs of defunct beers, manual typewriters, peddle-driven sewing machines and newspapers with headlines announcing the assassination of Lincoln, and dated two days after he was shot.


Now what?  What’s left from the last 50 or 60 years that will remain memorable in the late 21st century? Cars are utilitarian and generally artless.  Name one big name painter whose works sell now for six or seven figures.


Will anyone ooh and ahh over that La-Zee-Boy recliner or that Ashley dining room set made of particle board in Vietnam?  How about that pea green 1970s Kelvinator refrigerator or the yellow Hotpoint stove?


Maybe a petrified PC or early Mac will make the cut. Or a giant Maglight.  But a five blade Gillette “Fusion” razor won’t, even if the microchip-guided battery operated vibrating feature still works and there’s still such thing as an aaa battery.


What will be the demand for Swatch watches or Bic pens or Anderson Windows or Bose radios in 2060?


And then, there’s music. Are Notorious B.I.G. and Johnny Rebel the Beethoven and Lorenz Hart of tomorrow?


And books?  Where to begin. Today's Fiction often is so bad it makes you long to re-read Ivanhoe, previously the worst novel in the English language.


Much modern architecture has drawn its inspiration from tail finned, multicolored cars from the 1950s. The buildings look like vertical versions of the DeSoto Firedome eight, but made of glass.


Better save that stovetop iron, those Caruso records and that Rheingold Beer sign.  They’re going to have to last at least another generation.


--Alligator tag team?  That’s what the father of the kid killed at Disney in Orlando says.  Not one, he says, but two ‘gators, one attacking his son, the other himself.


--All across the land the plea cries out for a return to national unity.  Earth to America: Happy Birthday and when were we ever united over anything after WWII?  It’s not a melting pot, guys, it’s a stew pot and while we don’t need to watch the ingredients all that closely, we do need a taster to try a spoonful before we dig in.


Grapeshot: Fireworks don’t kill people, yokels and macho men kill people but they use fireworks as the celebratory weapon of choice.