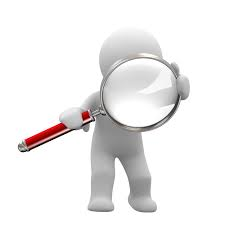 GLOCCA MORRA PA -- If you want to live in the sticks, go right ahead.  I do. It’s not bad. Pleasant scenery, friendly people for the most part. The usual bell curve of smarties and dummies, crazies and sanes.  Kind of like a couple of blocks of Queens only with some low lying mountainettes, cleanish air and “high rise” means eight to 12 floors, tops.

But the boonies also are the cradle of corruption.  They’re a training bike for future members of congress, judges, prosecutors, personal injury lawyers, corporate executives and anyone else who wants to go-big eventually. Not necessarily this town.  But there’s enough boonie to go around.

It’s where country lawyers -- mostly young -- start political careers that eventually can take them on the road to the state capital or the real big time, Washington.  Here’s where they hone their skills. They learn how to take undiscoverable bribes, they learn how to speak in bromides, cliches and jargon.  They learn how to speak convincingly and simultaneously out of both sides of their mouth in “Living Stereo!”

And it’s where they learn the Manly/Womanly art of Plausible Deniability.

Then they carry these things to big places and start turning them into little places.

Our esteemed president is an exception.  He is the living, breathing motherlode of sleaze and paper empire building.  The fountainhead. He needed no teacher, though daddy helped a bit.  It all came naturally. And he did it in ...Queens of all places, where a high rise really is a high rise, but with no mountains and imperfect.

They are turning the national government into Boise and Boise into Bell, California a gorgeous small chunk of land covering over a sewer of public thievery so grotesque and bizarre that they had to actually fix it.
The ones that get caught commit what’s called in some circles “the Nixon error.” That is… their actions are so brazen and blatant and easy to spot someone had to do something.  In some places, this is called the Madoff error.

So, you may ask, doesn’t this happen in cities too?  Of course. But it’s easier to see out here. The air is clearer.

SHRAPNEL:
--Hooray for Hollywood.  The cheer is because Oscar madness is over for the year. The bad news: the runup to 2019 has already started.

--Finally figured out why those California award shows always run overtime. It’s only 8 or 9 o’clock out there so there are fewer sleepyheads than in the east where it’s between 11 and midnight. Oscar, take a hint from Emmy … start the nonsense in the early morning hours.

--The Dolby Theater (nee Kodak) is a nice clean 3-thousand capacity hall and a good place to hold the Academy Awards.  It’s in a shopping center, adjacent to historic Grauman’s Chinese Theater in a dump of a neighborhood near the Ripley Museum and the world’s worst iHop. Talk about an appropriate locale.

TODAY’S QUOTE:
“He keeps his hands where you can see them. Never says a rude word… and has no penis.”  -- MC Jimmy Kimmel on why the Oscar statue is good for Hollywood in the 21st century.

I’m Wes Richards. My opinions are my own but you’re welcome to them. ®
Please address comments to wesrichards@gmail.com
All sponsored content on this site is parody.
© WJR 2018