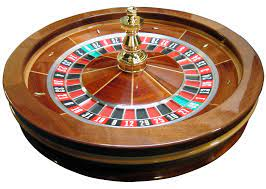 The fall of a few stocks lately has sent one of the megafunds into a tailspin after making what the financial journalists call “bad bets.”

When you bet on GameStop or Archegos Capital, that’s not a bad bet, it’s financial ruin waiting to happen.  And as both outfits have proved recently, things that are waiting to happen often do.  And with predictable results.

Not much point in beating the deadish horse of GameStop again. Everyone knows that story by now.  But here’s a good bet: you’d never heard of Archegos until now.  Except some people had and invested. A lame horse if ever there was one.

In a nutshell, here’s what happened.  Archegos went big on media companies like CBS/Viacom and Discovery Networks.  Money is so easy to borrow now that big banks lined up with shopping carts of cash to lend.

When media stocks tanked, that hit Archegos, and when Archegos got hit it fell over on giant banks which are today a little less skyscraper and a little more pancake than they were a short time ago.

The security cams weren’t working … or maybe the screen watchers were bored into slumber as those media stocks kept rising.  Maybe the downturn started during a security shift change and people were just opening their coffees and not watching for nefarious deeds as they are paid to do. But what goes up comes down, sometimes unpredictably.  Oops.

Two big banks mentioned in news releases that their dealings with an “American client” might cost them billions of dollars in earnings in their next reporting period.  They didn’t mention names.  They didn’t have to. The screen watchers had awakened too late to save their paper investments -- or their actual dollars.

Smart gamblers will limit the amount they’ll allow themselves to lose at the tables and the slots.  You’d think all those well-educated Wall Street Masters of the Universe would learn something similar.

Turning towers into pancakes is nothing new. That doesn’t mean stop building towers.  But not every one of them has to be this week’s entry in the world’s tallest building contest.

Maybe make some overlapping shifts for the security cam staff so when the new crew is unwrapping its coffee and doughnuts, someone will still be watching the monitor screens.