1548 America Invades Itself Without Trying

1548 America Invades itself Without Trying 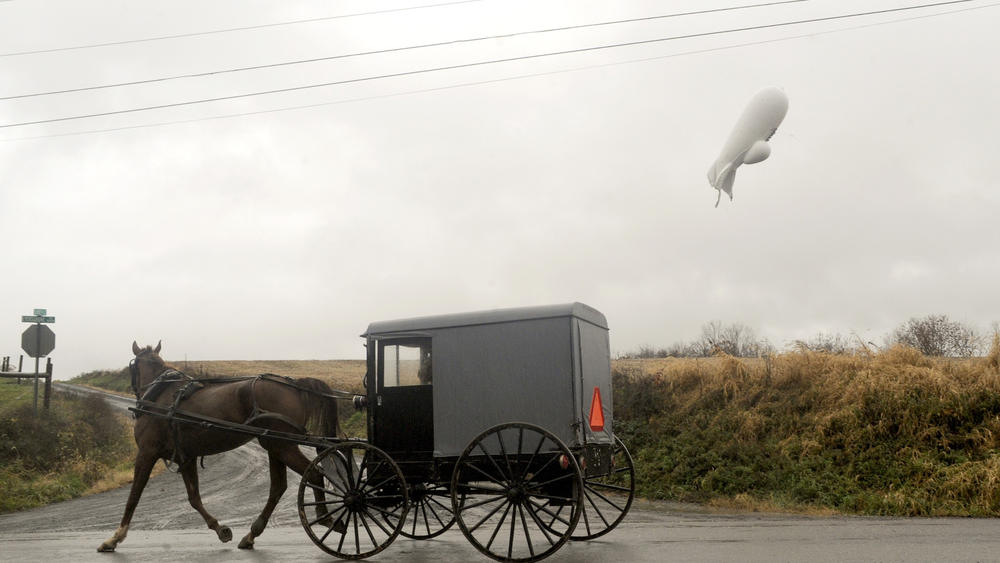 (BLOOMSBURG, PA) -- An unarmed North American Aerospace  Defense Command spy blimp meant to guard the east coast against foreign enemies and trailing 67-hundred feet of heavy cable slipped its mooring in Aberdeen, Maryland and wandered about 160 miles north into this small town in central Pennsylvania where it landed.
No one was injured.  But the leash wiped out electric power to many of the 14-thousand or so people who live or work here.

The cable is about the thickness of those on suspension bridges and can cut power lines like a Louisville Slugger destroys a spider web.

Nothing so exciting has happened here since iron mining died in the 19th century.

Airborne, spy blimps are about as safe as drones, which is little-to-not-at-all.  Five years ago, two of them went down in the Carolinas when they collided in mid air.

That’s the bad news. The good news is although they’re huge, they’re filled with lighter than air gas -- helium, mostly -- and once on the ground, with the gas gone, they are about as damaging as a dishrag of similar dimensions.

NORAD may have been trying to conquer the area, but had failed to onload any weapons. Dishrags, especially slow-landing dishrags aren’t enough.  Some blimps are armed.  Not this one, fortunately.

Not to be outdone by the National Transportation  Safety Board, the Pentagon sent a crew of 40 workers to “investigate” and to pack the thing up and take it back to the warehouse.

The trip from the Aberdeen Proving Grounds took about four hours, the same time the internet maps say it would take you to drive at the speed limit.  For part of the journey, it was trailed by a pair of F-15 jet fighters.

What were they expecting the planes to do?  Shoot the thing down in an unpopulated area?  The landing zone is about as unpopulated as it gets.  Unless you count each individual asparagus plant.

All we need is a jet fighter strafing of someone’s pet cow or prize winning bull.  Oh, the bovine-anity.

--Who lost the debate?  CNBC, with the most inept moderators ever gathered in one spot.  And all of the candidates who talked over one another, which was all of them. Time to return control of the “network” to NBC News which lost it in Con-Cast’s attempt to right the ship in which it had punched all those holes.

--Are we seeing the last gasp of the Bush campaign or is that just wishful thinking?  In a typical Bush family move, JEB set himself up for a takedown in a small set-to with Rubio over nothing. A takedown is not a pin and a three-count… but close.

-Semi annual reminder there is one “s” in “daylight saving time,” not two.