This is about the Chaos Theory in physics, but don’t click off the page just yet. You’re not going to get a lot of sciency gobbledygook. Chaos tells us that sometimes things kind of go a little nutty and change form or direction, then lose their way and quit.


The most common example: 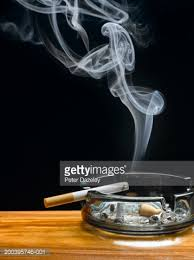 The cigarette is burning in the ash tray.  The first inch or so of the smoke rises in a fairly straight line.  But a little higher and it begins to spread out. Still higher it blends with the air and eventually vanishes.


Actually, there’s nothing chaotic about it.  The particles of smoke are fewer in number by billions than the particles of air.  So while they still may be there, ready to cancerize the lungs of your helpless house pets, neither you nor the pets can see them.


Senator Sanders heads what amounts to a movement. He’s calling for radical rethinking of a lot of our values and how we obtain and the use our resources.  He has gazillions of loyal hard core followers and plenty of us “sort-of followers”.


If you put a two dollar bet down on this horse and he won, you’d be stratospherically rich.  That’s how long a long shot that would be.


Still, millions of followers, psyched, vigorous, and dedicated.  What happens to this movement when its election goal isn’t reached?  Optimists among us say, well, they’ll continue pressing for Bernie’s agenda.  They’ll work in the trenches.  They’ll organize neighborhoods.  They’ll work for office seekers below the level of president.


Yes, some will.  Maybe many.  But if Sanders takes the lab coat off, turns out the lights and closes the door, many will not.


They will become that stream of smoke in the picture.  They will reorganize so as to become invisible.  It happens more than it doesn’t.


The “Occupy” movement’s molecules are floating around in the air, occasionally clumping for snippets of time and in large enough numbers to be noticed.  But not often enough or steadily enough to have any impact.


This kind of chaos works in reverse, too.  Willard Romney was a leader without a following. Rick Santorum tried to look like something more than a middle manager in a chain of franchised barber shops.  His following, such as it was, dissipated faster than that burning cigarette attacking your poor old mother’s lungs from afar.


And this is not a uniquely American phenomenon. Mao, Franco, Baby Doc, Chavez.  And you can bet when the Castro brothers leave this world, it’ll happen in Cuba, too.


So his followers’ best bet is that Bernie keeps the bunsen burners burning and the lab coat laundered.  Else his fledgling lab rats will scatter like so much smoke.


---
While we’re talking science, here’s Today’s Quote:
--“Einstein suddenly stopped, turned to me and asked if I really believe that the moon exists only when I look at it” --Einstein biographer and fellow physics genius Abraham Pais discussing objective reality and  quoted by wired.com.