1820 Mr. Trumpachov Tear Down that Wall


Has kind of a nice Reaganesque ring to it, no?  Well, guess what? Looks like Comrade Commissar Trumpachov is having second thoughts about that border wall down Mejico way.


What, no Trumpachov related industries down there so the contract will have to go to some unknown kickback free low bidder? Perish forbid!


Actually the US has been building a wall down there for a long time.  Some of what was first built is falling apart and the president wants it fixed forthwith.  But building a new wall, well, maybe -- he says -- we only need to build 700 miles, not the 2,000 originally planned.


We don’t know how much it will cost to build the Great Wall of Texas.  But maybe they could throw some of that money into fixing the Jersey Turnpike… or the Pennsylvania Turnpike or the Oklahoma Turnpike or the Ohio Turnpike.  Or Route 66 or Highway 101.  No one will complain about violating states rights.


At any rate, the Commissar took time out from his Berlitz intensive on Russian as a Second Language to backpeddle on the scope of Project Wall.


And this is a good sign.  Not only because less wall will be built, but because it amounts to a half baked reversal of one of his central campaign promises.  Optimists hope this is the start of a trend.
We’ll believe it as soon as his check to Planned Parenthood clears, Betsy DiVorce joins the United Federation of Teachers, Steve Banana converts to Judaism, and Attorney General Sessions is busted in a dollar-a-minute Opelika Alabama hotel with a black hooker and a lit joint.


SHRAPNEL:
--Former President Carter, building Habitat for Humanity houses in Canada was hospitalized for dehydration. Habitat says he doesn’t appear to be in any real medical danger. Earth to Habitat: Being 92 years old and in perfect health is real medical danger.


--Samsung appears ready to introduce its “Note 8” smartphone. This, after having some minor technical issues with the Note 7 which was pulled off the market. Don’t believe the rumors that each “8” will come with its own fire extinguisher.


--Amazon.com bought Whole Foods and already the acquisition is affecting the mother ship. In addition to Amazon Prime, it will offer Amazon Choice and Amazon Select. The USDA has not decided whether to charge copyright infringement. 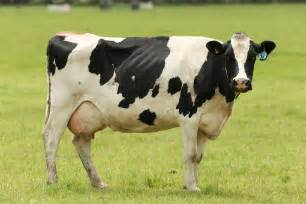