2044 The Suspect who Committed the Alleged Crime 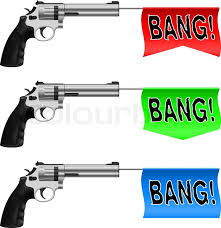 Let’s start at the end.  The cash drawer at the 7-11 is open and empty when the police roll in.  Badar, the clerk on duty is cowering in a corner.  He tells the cop that a guy pointed a gun at him and demanded the cash.  Badar takes the drawer from the register and places it on the counter, then retreats to his corner.

Ahah, speculates the cop, someone has committed a robbery!  He takes a description of the holdup man from Badar whose boss has just come from home to comfort him.

Then arrives the reporter from the South Albrightsville Daily Advocate-Herald-Journal newspaper who snaps a few pictures with his iPhone and tries to get a quotation from Badar who still is too shook up to say much.

The next morning, readers of the Advocate discover that a “suspect has allegedly robbed the 7-11.”

It’s pretty obvious there was a crime. So even though Badar is the only witness, it was a crime, not an alleged crime.  Police have a description of the gunman, but no suspects, at least not yet. So, no “suspect” committed the robbery, a robber did.

And finally, as we like to say in the news biz…

The store wasn’t robbed, Badar was.

Such illiteracy is not the lone suspect in this kind of alleged mistake.  It happens in big places, too.  Like Metropolis and Gotham City and Oz, Glocca Morra and Brigadoon.

Sure, we don’t want to say John Jones held up the 7-11. Once the police consider Jones a suspect, we can call him “the suspect” or “a suspect.”  But we still know a crime was committed. Allegedly by John Jones, but we don’t know that unless Jones is tried and convicted.

Nitpicking?  No, but we’ll settle for alleged nitpicking.

It kind of overlaps.

It’s 10 PM on a weeknight.  We’re in the bar of a hotel.  Suddenly a man (not a suspect) walks in, draws his gun and shoots three people one of whom is his ex-girlfriend who is talking to (gasp) a man.

The shooter then runs out of the bar, gets in his car, peels rubber. A couple of blocks away, he swerves and hits a chain link fence. He’s uninjured, breaks into the nearest house, shoots and kills the homeowner and then himself.

Police refer to him as the suspect.  He’s not the suspect, he’s the gunman and he’s dead.

The next day the Chief of Police holds a news conference the highlights of which are:

--We presume the cause of deaths were gunshot wounds. But we’ll have to wait for the results of the autopsies.

--We think alcohol may have been involved.

Okay.  So maybe the dead people died from a sudden onset of inoperable brain tumors or a previously undiagnosed heart condition (not caused by the sudden entry of a bullet.)

And even though it started in a bar a few hours before closing time maybe everyone was drinking club sodas with a twist.

Wait. It gets worse.

Let’s get reaction from people who live nearby.  Do you need this post to tell you what that was?  Do you think anyone said “this is a pretty dull neighborhood?  Nice to have a little excitement.”
-0- 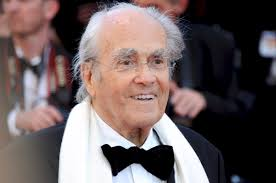 You may not know the name, but you know the music. Legrand scored 250 films including Casino Royale and The Summer of 42, won a roomful of Oscars and Grammys, and toured until last year.

I’m Wes Richards. My opinions are my own but you’re welcome to them. ®
Comments: wesrichards@gmail.com
© WJR 2019