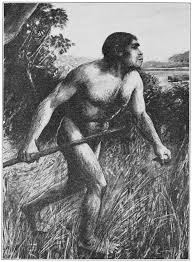 Piltdown Man was a fake fossil, the creation of an Englishman who claimed to have found the “missing link” between man and ape.  There is no such thing as Piltdown man. It was a hoax. Or are there real Piltdowns among us?

What you see on the streets of this country was waiting to happen. The murder of George Floyd at the knee of a Piltdown man with a badge created critical mass.  Something was going to.

Before proceeding, let’s see if we can all agree on some basics in the Floyd situation.

--There is no state in which possession of fake currency is a capital crime.
--There is no state in which having illegal drugs in one’s system is a capital crime. This is especially true when one autopsy says Floyd did and another says he didn’t.
--In general, it is not a good idea to destroy someone else’s property especially if the destruction is intentional.
--The Christian bible instructs us to not kill. The Jewish original instructs us to not commit murder.
--George Floyd was murdered.

Any problems with these assumptions, so far?

Good.  Now let’s get into some issues that are less cut and dried.

--Some white cops are racist and use the authority we’ve given them to advance their racism by singling out people with dark skin for especially bad treatment, including but not limited to Knee to the neck, chokeholds, gratuitous beatings and sexual aggression with broom handles and similar objects.

--Some white cops who are not racist turn a blind eye to the acts of their fellow officers.

--Some mayors, governors, and presidents believe force must be met by overwhelming counterforce.

--Bad apples come in every color. Unlike the cliché, they don’t by definition spoil the whole barrel.

--We know what bad apples look like and can move to discard them whether they are spherical fruit or human beings.

--Every Minneapolis cop knew that Derek Chauvin had rot spots.  No one moved to get him into a desk job or otherwise into a corner from which he could not cause physical or mental harm to anyone.

But as we said at the beginning of this post, the demonstrations and riots we’re seeing were just waiting to happen.

We have a white supremacist president who covers his ineptness and impotence in swagger, lies, and name calling. We have a pandemic that in some ways affects everyone. We have an economy that in many ways is tanking.  Some of it is rooted in the pandemic. But most of it is rooted in inequality, executive overcompensation, corporate debt at levels that demand constant growth, private equity funding and a stock market that is inflated to the point of irrelevance.

We are a first world country.  But in many ways, we as individuals are governed by what biologists informally call our “lizard brains,” what the fictional Piltdown man, had he really existed, would have used in place of reason and thought.

(MINNEAPOLIS) -- The soon to be the ex-wife of the murdering cop says in her divorce papers she wants to change her name. At the moment, it’s the same as his, Chauvin.  Hers had been, Xiong. She also says she doesn’t want spousal support from her husband.

(NEW YORK) -- Time Magazine says it had nothing to do with this cover:

It’s a fake, the publisher insists.

(NEW YORK) -- CNN boss Jeff Zucker is dodging questions about possibly running for New York Mayor. But he says the city needs leadership and he enjoys a challenge.

(MENLO PARK, CA) -- Some workers at Facebook are staging some kind of job action. It’s a protest against the website’s not taking down trump’s quote “when the looting starts the shooting starts.” They registered their ire on Twitter.