1767 Kill the Credits and Other Time & Space Savers 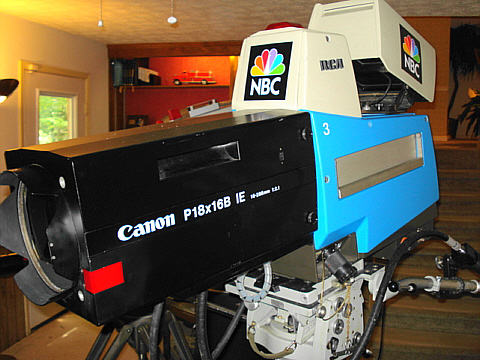 When a live TV show runs out the clock and they just have to get in that last 30 seconds of Martha’s “How to Barbeque Asparagus” segment, they make time and space by dropping the credits scheduled for the end of the program.

No one reads them anyway.  Except of course second assistant boom operator Harvey Finklestein’s mother.  If the program is recorded -- most of them are -- they split the screen and run the credits at mach speed on the lower quarter while starting the next thrilling episode of Honey Boo Boo on the upper ¾.

In print, when a last minute fender bender with no injuries takes place on deadline, they “spike” some other item, like the fight that broke out at a ham pot pie fund raising dinner for a returning soldier. The story that was ready to print but didn’t make it is called overset.

By the time the next day’s edition goes to press, the fund raiser for Pfc. Finstermeister is outdated and unless a crazed gunman opened fire and destroyed the kitchen at the Legion Hall there’s no follow up.

And even that depends on whether Clark Kent got there with his notepad and iPhone before the Fairborn, Ohio SWAT team arrived, restored order and returned to police headquarters along with the “overset” unsold ham pies that somehow became evidence.

Popcorn sales at the moviehouse rise sharply as the credits roll.  So does the number of moviegoers falling asleep.  So why bother with them?

Sometimes it’s “in the contract.”

So a small suggestion for writers of short stories and novels and who have trouble coming up with the names of characters.

Freeze the TV during the credits and write down names before pushing “play” again.  Repeat.

Before long, a list appears in your notebook, first and last names.

From another movie where the standby property assistant was Lydia Farrell and the property petty cash buyer was Carly Parris, you can get the name of your damsel in distress by naming them either Lydia Parris or Carly Farrell.

So there’s use for Ray, Alexandra, Lydia and Carly beyond their mommies.

Granted it’s an obscure use.  But it’s still a use. (And what is a “standby property assistant?”)

The number of people it takes to make a movie is startling. You wonder if they have to rent a stadium to hold staff meetings.

SHRAPNEL:
--Final Credit: RIP, Freddie Weintraub, 88, a hero to those of us who picked and sung at his “Bitter End” on Bleecker St. during the New York folk scare in the early 1960s. The club was one of the most important talent incubators of its time. When he’d had enough of the Village idiots, Weintraub went to Hollywood where he made a star of Bruce Lee.

--Here at the secret mountain laboratory, we’re working on a filing system that combines the best of the old and the new. It’s electronic -- the new. Here’s the old: the files eventually turn yellow and you can set the percentage of items that get lost, and when you lose them.


I’m Wes Richards. My opinions are my own but you’re welcome to them. ®
Please address comments to wesrichards@gmail.com
All sponsored comments on this page is fake