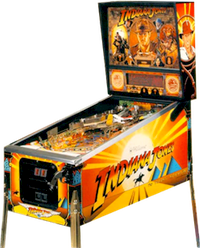 How the government decides things


It was just an ordinary apartment house.  Six floors.  Fewer than a dozen apartments on each of the top five.


Now and then, the coal truck appeared and stuck a long chute into a basement window and the coal would come rumbling down.  The only other time we thought about coal is when they rolled big ash cans up to the sidewalk for collection.


Ash cans. A once common term but one you hear rarely these days.


In the warmer weather the kids would go up on the roof… we called it “Tar Beach” and come down filthy.  It was tar.  You got dirty. But we could get a bit of sun and a nice view.  And no grownup came up to bother us.


Nothing much up there.  The elevator mechanism, chimneys.  That kind of thing. Television was just getting popular. People in the building were buying sets.  The sets were attached to antennas on the roof using long flat brown wires.


The wind turned the antennas.  The adults came up to adjust them and came down filthy.  It’s a tar beach, right? But the dirt wasn’t tar.  It was soot from the chimneys.  And that’s how we all learned what coal was doing to our lungs, our skin, our clothing, our faces.


At some point they converted to oil.  No more soot. No more coal deliveries. No more rumbling down the chute. No more ash cans on the sidewalk awaiting the carter trucks.


As building after building changed heating fuel, mine after mine closed.  People were thrown out of work.  But New York is a lifetime away from West Virginia and Pennsylvania and Kentucky.  So we didn’t much notice that.  And those of us who did couldn’t do anything about it.


Coal disappeared from houses, from railroad trains, from just about everything but Con Ed plants.


Now a pinball machine of a federal government wants to bring all that coal back.  It’ll create thousands of jobs, we hear.  Great. Meaningful jobs.  Big bucks jobs.  A pipe dream that can be made real only by gutting the Environmental Protection Agency.


No problem these days. Just put in an administrative  head who wants to eliminate the agency and give him a jump start by cutting the budget by 25 or 30 percent.


The mines will open. New jobs galore. And lots of yummy soot.


How to fix the problem? Leave that up to the public private partnership that no doubt will arise with the pinball model.


Uh oh! The pinball machine blinked “tilt” and went dead.  OK. Just leave it for the next guy with some pocket change.


TODAY’S QUOTE:
-“If I cross a kangaroo and a turkey, can I stuff it from the outside?” --Lonnie Donegan

I’m Wes Richards. My opinions are my own but you’re welcome to them. ®
Please address comments to wesrichards@gmail.com
All sponsored content on this page is fake.
© WJR 2017