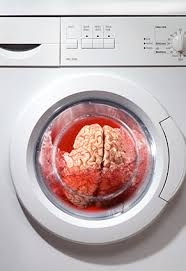 This is the first installment in an irregular series, “The War on Thought.”

George Carlin gave us “Seven Words You Can’t Say on Television”
and you won’t see or hear them here, either.

But now the trump administration has given us seven words or phrases
you can’t say in budget documents.  And here they are:

More specifically, these words allegedly cannot be used in budget
documents circulated by the Centers for Disease Control and Prevention,
according to a report in the Washington Post.
Asked about such things, the CDC’s parent agency, Health and Human
Services, says “language suggestions were made."

What could be behind this?  That’s an interesting question because the
answer could be we’re in even more trouble than you think.
And that could mean that the zombies and dolts in our brave new world
could be smarter than we think.

Look at it this way:  Words are symbols of concepts they represent;
shorthand.  Kill the word and eventually you kill the concept. Now what
interest could a bunch of politicians overseeing an agency of doctors and
researchers have in concept killing?

-A blob of protoplasm.  Too wide a definition.

Oh! I know! How about an “unborn baby?”
If everyone uses that phrase instead of “fetus,” our whole perspective
on abortion and birth control shifts to a particular political view.
Maybe your view. But maybe not. 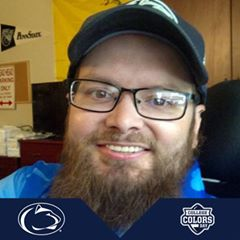 Aaron John Oleksa (1983-2017) of Bethlehem, Pennsylvania left us this
weekend after a long series of illnesses.  Behind that winning and sincere
smile was a heart filled with love, courage, generosity and talent.

These last years put him in a motorized wheelchair, a place no one should
have to live. But to Aaron it was just another of the many punches he was
forced to endure.

Now, there will be no films with his name as creator or editor; no
perceptive remarks and notes. No continuation of the dialog that began
a decade ago as we tried to reshape each others’ political views, but
always in the spirit of brotherhood and good will.  Someday, Aaron, e
will continue that ten year discussion.  But it’ll have to wait for now.

Goodbye, good friend. May you rest at last.