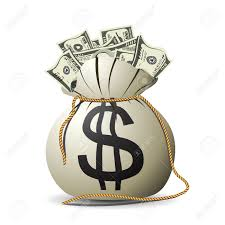 The more radical types who keep on about Wall Street Democrats are wrong.  They don’t hold the party hostage. At least not directly. They’ve um… outsourced the job.

The problem isn’t Wall Street or the banks.  It’s the lobbyists and so-called think tanks on their payrolls. The Street can’t find its way out of a steam bath without a traffic cop and they don’t like regulations -- not even by a traffic cop.

The current object of the info-war is convincing the public that the party’s progressive wing is too radical left. And so far, they’re doing a fairly effective job.  But there’s recently appeared a new catch: Hillary Clinton, probably the second most hated politician in America today, and with some justification.  She’s closing the door to yet another presidential run.

She’s Wall Street’s sweetheart.  She is to the investment banks what trump is to the white supremacists: a prom date.  And that’s not a partisan issue.  No one likes Mrs. Clinton except the paid staff and a few of the volunteers -- many of whom back her for the same reason people gawk at a highway crash or the pumping out of a cesspool.

The present Democratic field is about the size of a Publisher’s Clearing House mailing list and about as diverse.  But only one of them will get to run.

And then there’s the Starbucks guy threatening to become Ross Perot, Ralph Nader and Pat Buchannan rolled into one “Independent” who wants to make “a statement,” which is that it takes only one moron to screw up a whole electoral process.

Sarah Huckabee evidently thinks she has a direct line to God. How else would she “know” that trump was His personal preference in the election?  Nice to have someone so well grounded as the conduit of information from both heaven and the White House.

She’s further evidence that the apple doesn’t fall far from the tree.  She’s as loopy as her father.  And I don’t mean her heavenly father.

It’s a given that the finance industry holds the Republicans hostage. They’re in the bag. They’re never going to see beyond their noses and the next page of the calendar.  But this country needs to go back to the shop for an oil change.  Make it synthetic oil. It lasts longer and it’s cheaper in the long run.

“President” trump promised to drain the swamp. So far, he’s done that by filling it with quicksand. Those who don’t realize it and step in discover that quicksand stinks just like the swamp did.  Only you can’t walk out of it and towel yourself off.
I’m Wes Richards. My opinions are my own but you’re welcome to them. ®
Comments to wesrichards@gmail.com
© WJR 2019