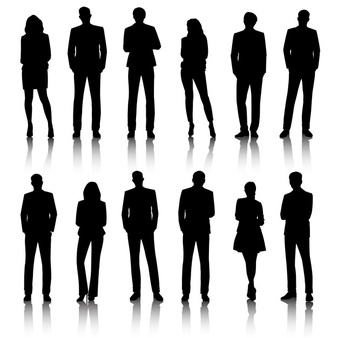 You’ve attributed things to them for years without knowing who they are. But now you will.  How many times have you started or heard someone else use some variation of “they say?”

You see the six people above?  That’s The Great Amorphous They. They are all seeing and all knowing.  And they are who you’re quoting when so say “they say.”

Now, you may wonder how They get the word out.  Part of that is classified.  A little-known law establishes They-questioner privilege. That means They can say anything to you in confidence, but since until just now you didn’t know there was an actual “They,” and who “They” is you can’t quote them by name.

That’s the first step.  The second is the classified part. “They” gets to you telepathically.  Sometimes what They Say hits you mentally. Sometimes They guide you to something to read, hear or see.  We don’t know how they do it.  But They Say it’s magic.

Now, some finer points.  “They” members don’t always agree on what to say.  Here’s an example:

“You know They Say a smart person acts cautiously.”

But They also Say “He who hesitates is lost.”

The unpictured Ms. Shively (above) is a conflict resolution specialist at Antioch College.  Usually, she resolves conflicts by telling both sides they have good points and that they should feel free to express and discuss them but to be polite -- civil if you will -- about them.  This never results in a joint communique but it keeps the fists from flying.

And, of course, it leaves you with freedom to choose when it comes to what They Say.

I’m Wes Richards. My opinions are my own but you’re welcome to them. ®
Comments to wesrichards@gmail.com
© WJR 2019