4522 The Palace Are Mortified 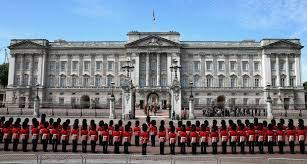 4522 The Palace Are Mortified
Prince Andrew, pompous windbag and friend of hanged child molester Jeffrey Epstein, says he "asked her majesty for permission to step back from (his) public duties and she agreed."

Here’s how the conversation went, according to people who were listening to but spoke anonymously because, well, that’s the proper thing to do:

Her Majesty's thought balloon: "Charles. Camilla. Diana. Andrew. Where the **** did I go wrong? Oh, if only that drooling, balmy Philip were occasionally coherent, he'd know what to do.”

The Palace are mortified.

Later, Her Majesty was asked by the Royal Archivist to comment for the record.  She said “I don’t think it’s proper for me to say anything. After all, I didn’t know him very well.” And she added “Perhaps I should have a second gin and tonic this morning.”

It’s five o’clock somewhere… in the Empire. Who says America can’t teach the Brits something about deniability?

Andrew is Prince of Denmark. So among his other charities, he’s working to bring solar panels to Copenhagen. Asked about this, the real Queen of Denmark, Margarethe II said “I don’t recall having a son named Andrew.
But there’s some English guy who keeps calling the palace and wanting to install batteries on the roof of my house.  Maybe it’s one of those phone scams. I don’t pick up the phone anymore unless caller ID says its someone I know.  And Denmark is a pretty small country, so I know most of the people.”

They used to call Prince Andrew “Randy Andy.”  So, what’s surprising about his cavorting with girls young enough to be his granddaughter?
He says “I never really partied.” Aw c’mon.  That’s like trump saying he “opened the Apple factory in Texas” the other day. You know the one… it’s been running since 2013.

“I am not a crook.”
“I did not have sexual relations with that woman, Ms. Lewinsky”
It’s like when your six-year-old has a face full of grape jelly and peanut butter on his fingers and he says “it wasn’t me.”
Or when you voice impatience to the auto mechanic and he replies “You’re next.”

You want specifics about Randy?  Go find ‘em. They’re all over the internet. Have been since Al Gore invented it.

Well, there’s one point of light in Andrew’s rambling musings since his thoroughly boring and far too lengthy interview with the BBC: He says he’ll cooperate with law enforcement investigating his mentor, the late-great Epstein… “if required.”

I’m Wes Richards. My opinions are my own but you’re welcome to them. ®
Please send comments to wesrichards@gmail.com
© WJR 2019