4732 Valley of the Condemned 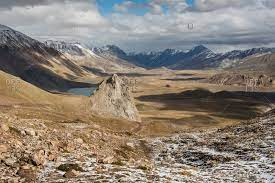 We were talking about vacations the other day.  Now, the local tourist bureau has issued a guide to locals and outsiders about why you should be vacationing here in the Valley of the Condemned.

The place has an official name and some of you know it. Others have called it anything from “Flyover Township” to “New Roses” which you say as one word.  But now, it must be called the Valley of the condemned.

Because if you believe the stuff in the guidebook, you’ll think that everyone here is

--A senior citizen incapable of buttoning his shirt or changing his Depends.

Surely, we have our share of addicts, drunks, homeless, seniors who don’t know what day it is, poor people, at risk children and nutjobs.  But -- and this theory has yet to be proven by scientific observation -- we are thought to also have

--People with roofs over their heads.

--Old folks who know what they had for breakfast.

--Children who have no problems beyond those considered normal.

--And sane people. At least outwardly.

Half the ads in this guidebook don’t even tell you what they fix.  There’s a school that extends the school year and asks you to find out if your kids are eligible. For sitting in a classroom?

There’s a big ad for the municipal nursing home.  It shows a picture. The picture is an aerial shot of what looks like a low security penitentiary.  Residents know it by name as The Death-Watch Warehouse. The ad never explains what they offer.

There are similar warehouses that are for the well-off. They pretend to be a community and to shore that up, provide a really beautiful lobby, cottages and a large number of cells for the inmates on their last legs.  No one leaves this as well off as they were when they moved in.

Then, there’s an ad for a well known politician.  Nothing attracts tourists like a squinty-eyed office seeker who looks like a cardboard cutout with an idiot grin.

Need “sensitive and holistic counseling?” Um… For what?  Most of us don’t even know where in or on our bodies our holistic is and why it would need counseling of its own when the rest of us seems fine.

The most attractive ad is for an agency that meets “the diverse needs of families and individuals.”  Targeted. Kind of in the same way a B-52 targets a jungle.  Drop stuff and don’t hang around to see what happens when it lands.

But it’s not all ads. There are equally vague articles about such vital services as “community conferencing.”  Many residents and tourists have spent a lifetime avoiding meetings, sleeping through them or extending their time consumption by asking stupid questions.  You need more of this?  Welcome, traveler.

And there’s the mobile mental health service.  A shrink who makes house calls.  A pretty good idea, actually.  Many patients should never be allowed out of the house.

So let’s hear it for the people who provide services without identifying them, and the people who own and maintain warehouses for the downtrodden or the trod-upon. Your two-dimensional state senator is ready to have one of his assistants take your call which he will either ignore or call you back and lie to you.

And here’s an idea for next year’s guide: Someone start a business that investigates what the other businesses do and which you can call to find out... or at least get an answer in plain English.

Jay was NBC’s man at Cape Canaveral present at every single NASA space launch, manned and unmanned, the successful and the failures from 1961 on.  A dedicated reporter. An expert on his subject and a true gentleman and pleasure to work with.

Motivational speaker and discoverer of Jewish Space Lasers Marjorie Taylor Green.   So, who showed up at the Million Moron March on Wa...