1898 Battle of the Browsers 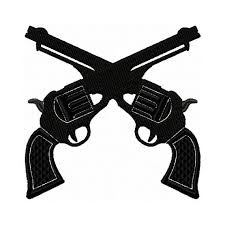 It’s the war between Google Chrome and Microsoft Edge.  And no one fights clean because both warring nations can grab hold of your computer and do things to it that mere customers can’t control.

The Windows 10 operating system comes with Edge.  The latest version of Google Chrome is easy to download, and when you do, it imports all the stuff you’ve used for years on all kinds of other devices.

When you turn on the Win10 Computer, the first thing you see is a full screen ad for Edge. “X” it out and it’ll be back before you can say “Intel Inside.” “Hey, we’re here for you. We’re fast. We don’t have the shortcomings of Windows Explorer. We’re really cool.  We have “Bing,” which is the Sprint Network of search engines in that it puts on a great show but the call drops.

Chrome takes the high road. “Hey, we’re here for you like we always have been.  And you get a whole lot of free services with us that you don’t get from… from… you-know-who which charges you for the same functions.”

Ah for the good old days, where Bill Gates would sit around at college-style bull sessions at Microsoft and tell his frat brothers to “cut off the air supply” of competitors. At least he was honest about it.

It’s tough to think of Gates as anything but the one man charity he’s become, after fellow bazillionaire Warren Buffett shamed him into unlocking the vault.  But history is history.

The Google guys are much sneakier.  They hide behind that northern California Flowers in Your Hair persona while secretly working behind the scenes to build what they doubtless think of as a stealth monopoly.

In truth, no home or business tech outfit can do anything widespread without Google, Microsoft or Apple.  So why, then, are they fighting over crummy little-guy solo practitioners?  No answer to be found here. But think about some of the hobbled former giants. Anyone remember Netscape? Don’t you miss those little discs that AOL used to give away by the millions?  When was the last time you used Alta Vista to conduct a search for anything?

If you want office software you have three basic choices: MS Office, Google Drive and Open Office.  As of now, there’s no Open Office (which is free) for use on a Google Chromebook. And if you want MS Word for Chrome, it’ll cost you $100 a year in subscription fees.  These things are no accidents.

When was the last time you used WordPerfect or WordStar? These older programs either are gone or shrunken to the point they’ve become family farms.

But there’s a history lesson worth recalling.  There was a time long ago that General Motors sold 60% of the new cars manufactured in this country.  Technically, that violated the spirit if not the letter of the antitrust law.  But no one balked because General Motors was forever. Until it wasn’t.

So while these big three companies have something of an oligopoly and continue waging war on small almost microscopic battlefields, somewhere out there, there’s a kid in a dorm room who is likely to be working on something that will make her the next Japan Inc.


I’m Wes Richards. My opinions are my own but you’re welcome to them. ®
Please address comments to wesrichards@gmail.com
All sponsored content on this page is parody.
© WJR 2018