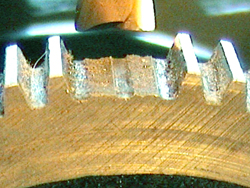 After about 70 hours of the congressional strike, the United States Government is back in gear.  But it’s a low gear. And it’s a gear coated with molasses or maple syrup or that Great American Do-All, 10W40 motor oil.

Back to business doesn’t mean back to work.  It just means the casino reopened and it’s back to games.  Yes, congress has arranged a few more days to work out the details of a plan on immigration. But soon enough, we’ll likely be back in the same situation. That 40 weight oil is mighty thick.  Apply it to a roulette wheel in a casino, which congress is always eager to do, and the wheel turns in slow mo.

But the dems have their own problems.  When you start a political party that includes both religious nuts and atheists, representatives of every stripe of social and legal thinking, ivory tower professors and the homeless, you get chaos.  And when you get chaos, you don’t get stuff done.

That cuts both ways.  Not getting stuff done is sometimes better than doing stuff that’s dangerous.  But the shutdown was inexcusable.

QUESTION OF THE DAY:
-If Mueller gets fired, what happens to all that he has collected?

SHRAPNEL:
--Cosby is out and about in his hometown, Philadelphia, socializing with those he hasn’t been accused of conducting a drug and bang.  We don’t know he really did that, but a trial in a couple of months is going to confirm it. Meantime, the image spinners are trying to resurrect his good guy image… to which we can only say yeah, sure.

--When someplace you never heard of makes news like Benton KY where an armed student killed two people and wounded 17, reporters used to locate it for you.  Not anymore. So we will. Benton is 60 miles northeast of Clarksville in central Tennessee.

TV Review: Ann Curry’s first episode of “We’ll Meet Again” was a heartrendingly beautiful lesson in the strength of the human character and the tribulations of wartime Japanese Americans and German Jews. She wove the elements together into a narration and pictures that left me tearful and breathless. (PBS Tues 8PM Eastern.)


I’m Wes Richards. My opinions are my own but you’re welcome to them. ®
Please address comments to wesrichards@gmail.com
All sponsored content on this page is parody.
© WJR 2018