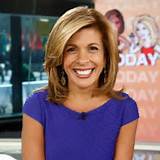 When NBC started The Today Show in 1952, it had nothing to lose and the world to gain.  It gained the world.  Now, here we are 66 years later and things have changed.  And haven’t.

NBC probably isn’t all that aware of what makes this program a consistent winner even when it’s #2.  Here’s the Dirty Little Secret: You don’t have to watch it.  You can run around doing whatever it is you do in the morning, shave, shower, make breakfast, put on your makeup, and get the kids ready for school.  Anything. Leave the sound up and still catch the drift of the broadcast.  You do not have to sit there trance-staring into the TV set.

That has not changed. Ever.  And it’s not a fully conscious policy.  The competition, ABC’s Good Morning America” and “CBS This Morning” are not as ear friendly.

Without competition, Today had to attract customers. It did that with a combination of NBC News which in 1952 was Very Serious Journalism with severe technical limitations and some entertainment features including an amiable host, Dave Garroway, who combined the virtues of Arthur Godfrey and Garrison Keillor without Godfrey’s politics and Keillor’s monotone.
Oh, and J. Fred Muggs, the chimpanzee.

Now, back to the major issue: can a two-woman team work?  Sure, why not? It did at the competition.  Good Morning America did OK with it, ratings and revenue-wise. They did it on the PBS Newshour.  Why wouldn’t it work?

On the Serious Scale, Today is right in the middle, between the relatively dour CBS This Morning and the flippant GMA. NBC’s is the best possible positioning.  But since they supersized Today -- this time to four hours from three -- they’ve made it far more labor intensive and far more prone to duchies than in earlier years, and that can be a worry.

Some NBC watchers are not too sure that Hour Three with Megyn Kelly was packaged with a long shelf life.  The fourth hour with Kotb and Kathie Lee, already battered by Kelly’s misery-level lead-in ratings is likely to be without Kotb more often.  She’ll be flying here there and everywhere for what’s still considered the “real” show, 7-9 local time.

Where in the World is Hoda Kotb?  Sounds like a good feature.  The hour-four audience may not take an oft-missing Hoda too well.

But Kotb is doing good things for the main show.  Ratings are up after the departure of Matt Lauer. But please remember that ratings also ballooned when Lauer replaced Bryant Gumbel 20 years ago.

We wish Hoda good luck. She’s a good person, a good newsie and a grown up presence without being showy or stuffy about it. She works well with the Katie wannabe, Savannah Guthrie… their interaction is attractive.

TODAY’S QUOTE:
“(Undisclosed kind words and good wishes)” -Matt Lauer in a text to Hoda Kotb on being named permanent co-anchor of Today.

--Has Steve Bannon gone off the deep end, or was he there all along and we didn’t recognize it? First he’s trump’s insider brain, then he’s trump’s outsider helpmate and now he’s trump’s turncoat.  Who is to blame for that, bannon or trump?

I’m Wes Richards. My opinions are my own but you’re welcome to them. ®
Please address comments to wesrichards@gmail.com
All sponsored content on this page is parody.
Find more at https://twitter.com/@wessayswire
© WJR 2018
ant
- January 05, 2018