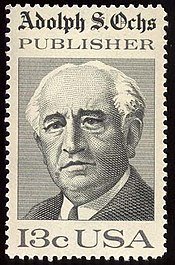 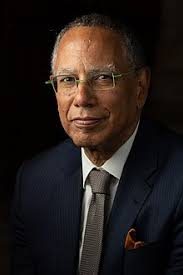 Eventually, we’ll likely learn who wrote the so-far anonymous op-ed column that appeared in the New York Times. And it probably will seem anticlimactic because it really doesn’t matter who wrote it, and it probably was someone whose name you’ve never heard.

But let’s first look at what the carpers are saying.  Most of them are sideliners who tried and failed to make it in the news industry. They are largely political hacks who went into such fields as law, public relations and other recipients of private welfare and, of course, political consulting and occasional elective or appointive office.

Sorry… editorial pages are for opinion.  And while the anonymous-ness is something of an anomaly, it’s telling a story that we all have a right -- and a need -- to hear.

But chew on this for a minute:  If the Times hadn’t picked up this column, the Washington Post might have. Second best on this is still pretty good.

If neither of this country’s most important newspapers had rejected it, you can bet some lesser light would run it not vetted it nearly as well -- if at all -- as the two majors.

Let’s see if we can picture the trajectory this column took:

1.  The Times’ third deputy assistant night editor is trying to stay awake and his terminal goes “boing” as in “you’ve got mail.” Ed looks over the mail, not-yet-anonymous column and says to himself “holy (smoke,) this is hot!”

2.             Since Ed is the highest ranking official in the newsroom at that hour, he prints it out and because he is inexperienced, he runs it over to veteran police reporter Hank Copshop, the night police reporter who has been with the Times for 56 years and “seen it all.”

4.            The two decide it belongs in the hands of the Managing Editor and forward the email thusly.

5.            The Managing Editor arrives as dawn breaks, reads the email and says “Holy (Fake News,) this is hot.  Better send it to Dean,” the Executive Editor and Head of all News in the world.

8.            Dean has his deputy secretary make sure this is not a setup by verifying the name, vitals and phone number, which it is. Then…

That national chorus of wows means different things to different wowers.  Some are cheers, some are boos. The boos call it fake news. The cheers say “this way to the gallows, Mr. President.”

Bob Woodward says “they ‘trumped’ me, but people will still buy my book.”

Off in the corner, right over there, is that gaggle of jealous political hacks-turned Republican Party lackies and other former wannabes who have gone on private welfare by taking jobs as public relations people, general counsels and -- the more honest of them -- people who do real work.

They have to come up with something better than “fake news” and here is what they decide:  We have to start a public campaign to kill the messenger, the Times, by alleging they violated one of the key Newsie Commandments:  Thou Shalt Not Publish Anonymous Hit Jobs.

“Sinners!” they say of the paper! Heathens. Shame on you! We must Stone them in the electronic public square.

Sorry, gaggle members, that won’t work. Not this time.

Someone on the inside is looking to turn the inside out. It’s first hand accounting from someone in the eye of the White House storm, someone who awaits it to move off center and swamp him or her.

Anonymous and everyone else in trumpworld buy bullhorns with which to deny they wrote it and call it “made up.”  One of them is lying.  We just don’t know which.  Yet.

But think about this: If the Times or the Washington Post hadn’t run it, someone else surely would have, and without the research and verification that Dean Baquet, the Leader of All News in the World insisted on and got to the benefit of all of us.

I’m Wes Richards.  My opinions are my own but you’re welcome to them. ®
Please address comments to wesrichards@gmail.com
© WJR 2018
(Etching of Adolph Ochs courtesy USPS. Photo of Leader of all the news in the world courtesy Columbia University.)