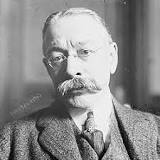 Former FBI Director James Comey speaks out on Attorney General Bill Barr.  He says in his recent opinion piece in the NY Times that Barr and others are adjusting their principles to and “failing to resist the compromises necessary to survive…” trump. Comey’s phrase is “accomplished people lacking inner strength.”
Comey's take on the relationship between inner strength and accomplishment is valid and insightful. Spineless people with decent intelligence, experience, and education still are spineless people.
They have ego problems, power hunger, and maybe disbelief that they're worth anything despite their decent intelligence, experience and education. They're often right about their sense of self-worth. They’re hiding behind resumes and sheepskins.
Part of this is getting along by going along.   A friend points out that Hitler had many intelligent appointees, too. Why?
Put yourself in the position of someone up for a high-ranking job in the Hitler administration.
You ask yourself "what happens if I get this job?"  And you answer "Well, the Fuhrer is a blithering idiot and dangerous. So to protect myself and my assets and my country and to lead a better life, I'd better sign on."
Then he asks himself "what happens if I don't get this job?" And the answer is I'm just a goose dropping along the path, and subject to the crushing whims of this bunch of goose-steppers. Completely expendable."
Seems like a pretty obvious choice.  Attorney General Barr is well educated, by all estimates a good lawyer and knows the difference between oxymoron and a just-plain-moron. He is a cowardly and chubby gnome with no future despite a reasonably accomplished past.
People who get big jobs in any administration are usually closer to the end of their working lives than the beginning.  So to them, it doesn't matter what's on their resumes or in their LinkedIn profiles.
Yes, they worry about their “legacies” and their places in history.  That forgets that most people aren’t important enough to have legacies or places in history.
Quiz: Who was George W. Wickersham and what was his legacy? Answer: Wickersham, pictured above, was Attorney General in the administration of president William Howard Taft. And his legacy? Hmmm.
Well, he fathered a future Army General. Served on the council of foreign relations. Had sad eyes and a gorgeous mustache. Some legacy. Some history.
What will Bill Barr’s be? Um… well, he was Attorney General in two administrations, the current one and the one of the milquetoast HW Bush.
Wickersham served 106 years ago. His legacy is zero. What makes Barr or any of the other trumpets think their places in history will make any waves in six years, let alone 106?
Barr is 68 years old.  That’s not old-old by today’s standards, but old enough to retire and practice playing the bagpipes -- which he does.
That’s probably going to be his legacy. Also cowering from Congressional committee testimony.  Also, like his current boss, he is a most un-New Yorky New Yorker.