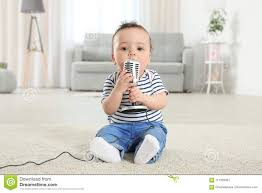 Okay, fellow newsies, let’s face the fact: they’re out there in the Staten Island landfill, digging graves for dead newspapers. Oh, sure, the mighty will survive: The New York Times, the Washington Post, the Boston Globe. Maybe (and this is iffy,) the Chicago Tribune.  But in general, it’s a good day for freelance gravediggers in landfills.

The current power generation of Americans and its immediate predecessor, generation-something, has no use for print.  And the printers of newspapers, once astonished, are trying now to make peace with their own deaths.

This presents a number of problems, first among which is “Who among us will keep the politicians, the business people, the other mobsters at bay?”

Answers: The internet. Radio, television. Aw c’mon. Are you kidding?  Some kid in his bar mitzvah suit sitting at an anchor desk at Channel 952 in Snafu, Arkansas reading a story about a ham pot pie fest?

How about “none of the above?”

Years ago, my own pet medium, radio, mostly gave up trying to do news.  Instead, it uses automated hosts who pre-record dopy factoids about celebrities and spout meaningless promotional liners.  Sometimes there’s a “newscast,” but it’s usually yesterday’s news tomorrow. The remaining radio networks are shadows of their pasts, except NPR which is audio Sominex.

There are, though, steps we can take during the death spiral here at the Media Hospice.  It won’t cure what ails us. But it may make passing into the next life more palatable.  And no pharmaceuticals or adult beverages need be involved, though they certainly would be welcome.

The first thing we have to do is define “suspect.”  A suspect is someone who looks like he may have committed a crime.

Now we’re going to all stylebookish.

A stop sign goes missing, It was there yesterday. It’s not there now.  How do you know that? Because a cop stops you for passing a stop sign without noticing it’s gone.

Now comes the hunt for suspects.  It’s probably going to be an adolescent or pre-adolescent boy or group of boys.  Males of that age are more likely to commit public crimes than females, although there’s at least some shoplifting among girls and “borrowing” from mom and dad’s gin bottle.

At some point, the sign thief or thieves will start bragging about their catch of the day.  And eventually, the cops will get wind of it.  The Weekly paper will have reported the theft. Or some officer’s son will mention at dinner that it happened.

And a suspect will be identified.

They’ll raid little Jimmy’s garage.  They’ll find the sign. It will have his fingerprints.  He’ll confess.  But in the news, he’ll still be identified as a “suspect.”  OK. Innocent until proven guilty.  But after the case is closed, they’ll still call little Jimmy a “suspect.”  He isn’t. He is a convicted thief.

A bank gets robbed. Police are looking for a suspect.  Well, yeah, they are. But they’re really looking for a robber. And when he’s caught, convicted and jailed, they’ll still call him a suspect. Not true. He’s a convicted bank robber.

I  um… will suspect nothing will change.  But one can hope.

I’m Wes Richards. My opinions are my own but you’re welcome to them. ®
Comments to wesrichards@gmail.com
© WJR 2020