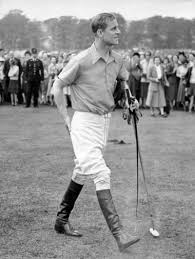 I always felt a little sorry for Prince Philip even though he had the second best job in the world, Consort to the Queen. I mean, what’s the guy really gotta do?  Stand around while the photographers photographed Liz?  Say some really awkward stuff and get away with it? Attend a few thousand events.  Look royal. Stately.

Queen Elizabeth is said to have told her father King George VI that Philip was “the only man I could ever love.”  That’s Liz all over. The right words in the right order.  “I could ever love” is not the same as “The man I love.”  But she’s the queen and who would dare diagram her sentences?

The whole idea was that Liz had to get married and make a baby or two so the gazillion-year reign of the Windsors would not halt with her.  Unthinkable!  So they found the right guy.  Philip. Descendent of Greek royalty following a historical precedent that royals from various countries should marry for the preservation of national alliances. Related to Lord Mountbatten. Swings a mean polo stick whether atop either a horse or a bicycle. All the right credentials.

But once Prince Charles was born, the stud-service aspect was fulfilled. There was an heir to the throne.  The crown would continue.

Okay, maybe churn out another prince or princess in case Chuckie was a total jerk or died or abdicated once crowned. Cover the bases. That box got checked off.

What to do with this guy once his biological mission was fulfilled?  Give him a desk, some stationery, a telephone. Trot him out at public events.  Name him to the boards of some charities.  But basically, leave him alone.

That leaving alone part?  That didn’t work out all that well. For all his royal look, he had both a mean streak and embarrassing things fell out of his mouth and onto Fleet Street at an unexpected rate.

Her Majesty might have warned him about his bad driving and his bad-mouthing.  But divorce? Out of the question, even if she might have considered it.

Appearances are important in this context.  And how would it look if Elizabeth started throwing his clothing and his stationery and his telephone out an upper floor window of one of their castles?

If there’s anyone whose picture should be next to Stiff Upper Lip in the Oxford Unabridged, it’s QE II. And it’s a good thing, too.  Scandals are part of royal DNA. But we’ve come to times when social media can spread word of them everywhere and instantly.  She’s the one with the tough job. In our view, she’s handling it pretty well.

I mentioned that Philip had the second-best job in the world. What’s the first?  Easy answer: Ex-president of the United States. Say and do what you want, when and where you want. The pay and benefits are decent. There’s no heavy lifting (except for Carter who built houses.) The hours are short, and the Secret Service still watches your back.

MINI 018 The Other Side of Mystery

We Know what the victim and the cops think when someone breaks into one of these.  But what about the safecracker? What goes on in her head... 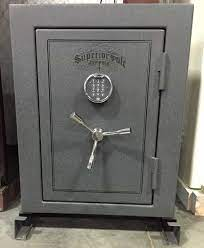