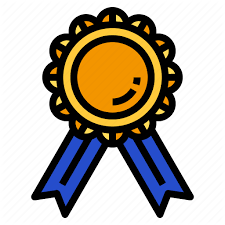 Clip and save. Distribute to everyone.

The Oscars were fun to not watch.  But they ARE fun to talk about, criticize and nit-pick. The awards went to an unusually diverse group of Hollywooders. Chloe Zhao is the first woman of color to win best director. Her “Nomadland” also won best picture and best actress. The gossip mill predicted that best actor would go to Chadwick Boseman who died of cancer last year. Instead, it went to nostalgia favorite Anthony Hopkins.

Hopkins did not show up for the slimmed down and laboriously dull ceremony… and neither did either a host or a civilian audience.

All this brings to mind the value of most awards. The Nobel Prize… the Pulitzer Prize… the Prize Patrol.  All worth your attention.  The rest of them?  That endless list of certificates and statuettes showered on … everyone?  They’re like gold stars on your kindergarten class participation cards and participation trophies.

They’re like bruises. Eventually, everyone gets one.  We love to pat ourselves and each other on the back.  Attaboy! Attagirl!

They’re getting to be as populous as rabbits. Perfect attendance. Fourteenth place among the top three of the Moote Pointe Little League championship.  Passed Algebra-one.  Really, really, really tried hard.

C’mon, guys.  What’s next in this department? Don’t put it past the Census takers to give out “special person” certificates to everyone they count.  After all, you are one, aren't you? Of course you are.

Naysayers be gone! What do you mean by insinuating that if everyone’s special, no one is special?

How about a prize for being “normal?” Or ordinary. Or not falling asleep in church?

Your correspondent again this year participated in a trade association journalism awards program.  Two of the nominees in my little group were for sleep inducing podcasts. If sleep induction were a factor… they’d have been big winners.  The third was for continuing coverage of a story that’s impossible to cover badly.  It’s a good thing the trophies were cheap.

In the case of the Oscars, the awards usually mean bigger box office and frequent re-runs. Good for the Hollywood economy because few of us have been able to get to the movies during the pandemic. And unlike trophies, popcorn and Bon-bons, movies are not cheap.  Are they “better than ever” as the old saying insisted?  We report, you decide.  If you can get there to see them. They certainly are more intimately photographed, and their stories more intimately told. They certainly feature more minorities… formerly rare recipients either in front of or behind the camera.