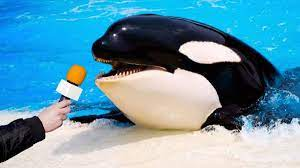 NPR remains the best sleeping pill on the air. But it has a new competitor that is nipping at its heels, the podcast.

Podcasts are usually long form reports on topics that deserve short-term coverage.  Sometimes, they’re done by professionals with credentials.  But like blogs, anyone can make a podcast and somehow, somewhere, someone will listen.  Your mother and probably your significant other or prospective significant other will sample your work.

The possibilities for serious listening or viewing are endless. What ends up being endless is the time you have to spend listening to get to the point. Most of them are too long.

There are several popular formats. Most podcasters follow one or more of them.

THE SELF-ANOINTED AUTHORITY: This is the favorite of people who believe others pay him insufficient attention.  It’s a chance for the uncredentialed pundit to explore, expound and expectorate on or about any subject. The easiest and most common topic is politics because the sun never sets on that game.  Someone’s always in play and guesswork and speculation are as good as hits and runs.

THE IN-DEPTH INTERVIEW: You finally met the world’s leading expert on anything.  Often it’s the Self-Anointed Authority of the previous section.  You get the chance to draw him out in a little less time than it would take to read Robert Caro’s series of books about Lyndon Johnson.  Alternative: get a bigger hard drive. You’re going to need it.

THE MAKE BELIEVE TALK SHOW:  Michael Savage is trying this.  It is not working. The few who listen are only there because they expect the guy to explode like an angry boil and they haven’t craned their neck at a decent fender bender in weeks.

THE FAILED STANDUP COMEDIAN: When the crowds fall silent at the comedy club, these guys know they have to do something about their acts.  Earth to failed standup comedians: No one cares. The crowds remain silent and short-lived as an ice cube in Phoenix in August.  But drier.

There are some blogs and bloggers who can be useful on an ad hoc basis.  Here are two.

THE CHEF: You’re Significant Other has invited your future inlaws to dinner.  You know they’re big fans of, say, ambergris.  You have no idea what it is, let alone how to make it.  You can be sure there’s a video on YouTube.  It will last 30 minutes.  The first ten will be about its history in Colonial America.  The last ten will recap the first ten.  In between will be the recipe.  Surely, your future inlaws are worth the effort.

THE DIY MAVEN:  This form can actually be helpful. Handy Harry will teach you in words and pictures how to fix a leaking toilet or wire a light switch or cast a fishing rod or improve your golf swing.  But these are not areas that most of us need. Still, it’s nice to know they’re there.

We have long been under advice ranging from suggestion to pressure to turn Wessays into a podcast.  We continue to resist, feeling it’s better to bore you or provoke thought in 500 written words than it is in 20 minutes of drivel that can either put you to sleep or make you angry enough to destroy your brand new expensive blue tooth earbuds. 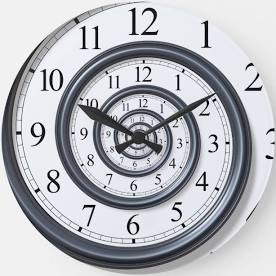