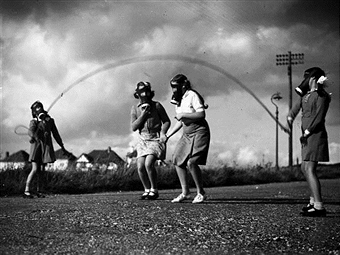 Back in the day, the New York Herald Tribune Fresh Air Fund brought boys and girls from the city out to the country for part of the summer.  The city kids woke up to what was out there beside their high rises and projects and cement and noise.

The paper is long gone. But the Fresh Air Fund is alive and well and doing what it’s been doing for more than 100 years.

It’s time to add a reverse project.  It’s time to bring a busload or two of rural kids to the city to find out how the other half lives.  Like the Fresh Air folks … start early.  Before the preconceived notions take full hold.

These children deserve to know that it’s not all hunting and fishing and flag waving and pickup trucks and church on Sunday mornings and Wednesday nights.

A ghetto is a ghetto no matter the scenery.  Don’t think for a moment that urban children, once exposed to the nights of crickets and cicadas weren’t afraid.  They got over it.

A ghetto is a ghetto no matter the location.  Don’t for a minute that buildings the size of mountains won’t frighten newcomers.  They’ll get over it.

By summer’s end, the Fresh Air Funders learned that there’s nothing icky about free roaming frogs, turtles and rabbits.

By summer’s end the country folk will learn that they can use their hunting skills to depopulate roaches, that they can’t catch a pigeon in their bare hands and that people with brown skin are pretty much the same as people with white skin.

Arguments like this will end: “they talk funny.” “They dress funny.”

You have to start with the children. They don’t yet know everything --everything, and they still think they have the time to change things.  And they do.

Grapeshot:
-So now we have a White House where one top adviser is a tool of the floppy eared GOP elephant, Paul Ryan and another who is a white supremacist, anti-gay, anti-woman anti-muslim enemy of the Jews and who rose to prominence only because his Jewish boss died and left him in charge of a budding hate website now in full flower.

-Every once in awhile it’s nice to write a coherent sentence that runs more than 60 words.

-Proposed holiday gift for the kids who have everything: top secret security clearance.

-Trump has kind of given up on the southern border wall but continues to evaluate the alternative plan: flooding Mexico with Brazilian river water.

-Why won’t Google let me mark emails to myself as spam?

-To those 65 and older:  before you renew your  Medicare Advantage Plan check the 2017 Formulary to make sure they haven’t moved Bayer or St. Joseph Aspirin into the tier where the co-payment is 11-hundred percent.