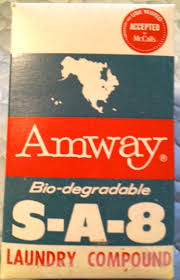 It’s a good thing the US Secretary of Education has no influence, no clout and no real function.  Thanks to Jimmy Carter for making this a cabinet position, elevating the job to one where it usually can do no harm.

Show of hands, now.  Who was the first person with this job?  Anybody?  Ah, yes. That girl, the one in the back of the room… Shirley Hufstedler is correct.  Funny no one remembers her.

She was followed in office by Terrell Bell of Idaho. That was a mistake. Bell spent actual time teaching. Can’t have that!  Later, such luminaries as Bill “Casinos of Virtue” Bennett served. Living proof that Harvard doesn’t check references.

Now, we have Mrs. Amway, Betsy DeVos, whose brother founded another center of virtue, Blackwater, and whose husband is heir to half the Amway fortune, a pot of gold based on come-ons, unkept promises, and what we now must call “multi-level marketing” because it is no longer politically correct to call it a pyramid scheme. And under pressure from state attorneys general, the company fine tuned its business practices to conform to the letter of the law. Oh, and Amway paid fines of $150 million. No quid pro quo here, people.

Ah, but Sweet Betsy from Ada (MI) is not going to go from classroom to classroom pitching the attributes of Amway LOC cleaner.  Nor is she going to recruit novices to build private schools with parents earning commission for each new student they recruit or new school they open in turn.

What she’s likely try, though, is privatize public schools.

Remember, the war against public education, like the war on abortion choice, is fought from many angles, the main one being adding restrictions and roadblocks wherever possible.

With abortion clinics, it’s passing stupid laws designed to force closure.  With education, it’s building charter schools which drain money from public district budgets and ultimately could force them to collapse. (Michigan’s charter schools are among the least effective in the country, so Betz has a working model without ever having to leave home.)

Good public school teachers are not overpaid.  When they succeed it’s despite federal (and state) intervention not because of it.

Common Core, Outcome-based education, open classrooms, closed classrooms, new math, and all the other fads have brought us absolutely nowhere.  But assuming confirmation, Mrs. Amway will likely try harder and more effectively to take public schools and put up a parking lot.

Today’s Quote:
“When I think back on all the crap I learned in high school/It’s a wonder I can think at all.” -- Paul Simon (“Kodachrome.”)

Hey, out of work coal miners, auto workers, newspaper men and women… times are tough but here at KPSway, we have a solution.

Just follow the lead of your fellow unemployed and become a KPSway Distributor.

Sign up today and start filling classrooms tomorrow. Great commission as you load those seats with eager underachieving students.  Then the really good part: You can help others in your situation by getting them to be KPSway Distributors too.  For every student THEY recruit, YOU get a cut of their cut!

Just call us toll free at 1 877 PRIVATE.  Or visit the KPS website at www.KillPublicSchoolsway.edu

Note: All sponsored content on Wessays™ is fake.  Any resemblance to any real person, situation or organization is strictly coincidental.
I’m Wes Richards. My opinions are my own but you’re welcome to them. ®
Please address comments to wesrichards@gmail.com