Today is “Black Friday,” the day when those merchants who are going to show a profit this year will start to fill in the ledgers with black ink instead of red. 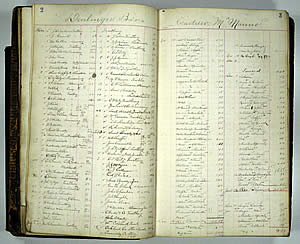 Of course, who keeps ledgers these days when you have spreadsheet programs that allow you to manipulate data, slice and cube it, puree and bake or broil it into meaninglessness?

But I digress.  Let’s look at Black Friday and the way merchants merch.

First three of the big failures- in- waiting:

Here’s the Macy system:  buy lots of stuff wholesale. Figure out how much you’ve spent on everything combined and how much of an overall profit you think you should make.  Forget MSRPs and hold sales, boosting the prices of some stuff while you sell the rest at cost or less.

Yes, at Macy’s and Kohl’s the price you pay for an item often has little or nothing to do with the store’s cost.

Sears?  Why are they still in business?  Terrific TV ads.  And every aisle in the store is a passing lane with no speed limit and no one to pass.  Once they were the country’s biggest retailer.  But the combination of e-commerce, Wal-mart and no clear vision of what they are -- or aren’t -- have choked them.

They’d do better to rent their buildings for use as rehearsal halls for dance troops and military march training.  Maybe with a bowling alley or an indoor golf course.

But if they want to survive, it’s not Wal or Macy’s who are the real competitors. The real competitors are Home Despot, Lowe’s, Ace and Tru-value.  And unless they learn that, they can’t be around much longer. To make matters worse, their K-Mart component is maybe one and a half steps above the Goodwill store.

The true beneficiaries of this kind of merchandising are the Marshall’s/TJMaxx kinds of stores. They get the pick of what the big name customers didn’t buy and sell it for a song.

People in droves are staying away from malls. Who can blame them?

Let’s say ten flying saucers from Mars land in ten different shopping centers and communicate thus:  Lead Saucer: Let’s meet at the Gap.  So far I’m the only one here.
Saucer 3: I’m at the Gap and don’t see you.
Saucer 4: Me too.
Saucer 9: I don’t know where you guys are, but I’m the only Martian in front of the Gap.

They’ve all landed in different states with malls you can’t tell apart if you’re an earthling looking for a pair of sneakers let alone a Martin visitor.

Yes, yes… the gigunda versions like Mall of America and King of Prussia are sort of exceptions.  But you can’t tell the difference between Roosevelt Field on New York’s Long Island and the Sovereign Nation Mall in Butte, Montana.

Each has a Macy’s a Penney’s a Sears and maybe a Nordstrom or a Bloomingdales. Each has a Sunglass Hut, a GNC, a Gap, an Old Navy, four or more competing cell phone kiosks, a generic athletic shoe store and a food court with a pizza counter, a burger counter, a Subway or Blimpie, a Thai place, a Chinese place and a pretzel stand.