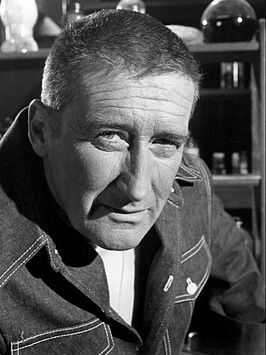 That’s Mickey Spillane. Tough guy. Author of the novel with the title stolen for this post.

But this is not about Mike Hammer, private eye. This is about a one man jury in that bastion of democracy and equality, South Carolina, who dissented from eleven others and made a mistrial for Michael T. Slager, disgraced and disgraceful ex cop and killer.

Eleven jurors voted guilty.  The holdout -- and we don’t yet know who he is -- couldn’t bring himself or herself to go along.

The slayer Slager who is white killed Walter Scott who was black as he ran away from a traffic stop for a broken tail light.

If you haven’t seen a bystander’s phone video,  here's a link provided to and by the New York Times. Caution: violence.

The cop feared for his life?

What happened here is called jury nullification, which the courts have declared illegal but cannot stop.

Nullification happens when a jury decides that the accused is guilty but the law is lousy or wrongly applied and acquits.  It’s easier to do this in trials that don’t require unanimous verdicts.  This one did.  So the result is a mistrial.

The judge can overturn a verdict. So if this jury had voted to acquit, the judge could reverse.  But in the case of a single holdout in a hopeless deadlock, there’s nothing much a judge can do but start over.

It is impossible for a rational human being to not see the evidence in the Scott case.  But there certainly could be nullification. The jury may dislike black people and decided that the cop killed a black guy just because he had a pretend reason.  The jury could nullify because it believes that broken taillights are a true menace to society.  There are such people.  Some of them are cops.

Put yourself in the position of the officer who “feared for (his) life.”  Page 2 of The Police Officer’s Guide to handling street crime:

Slager must have missed class that day. Hope he had an absence note from mommy.

Shrapnel:
--Broadcast news people from an earlier time confused “innocent” with “not guilty,” which are not the same. The theory: if someone tuned in at the exact wrong moment, they’d hear the “guilty,” but not the “not.”  Some of us rebelled against the policy and won.

Today’s Quote:
“Yesterday, December 7th, 1941 -- a date which will live in infamy -- the United States of America was suddenly and deliberately attacked by naval and air forces of the Empire of Japan.” -- President Franklin D. Roosevelt on 12/8/41 describing the attack the previous day on Pearl Harbor and asking congress for a declaration of war.