1734 The Russians are Coming

It’s hard to smile in Hell.  But John Foster Dulles is managing these days. 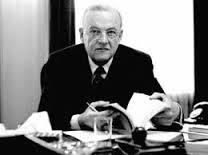 He has a lot to smile about.  The guy who dictated to the American people about the dictators in the USSR loved to stir up this enmity.  But for awhile he failed.  We had Gorbachev, and we witnessed the implosion of the Soviet Union and we had Boris Yeltsin riding in his tank kind of like Michael Dukakis only with credibility.

And now the Red Menace is back.  And maybe, just maybe, there’s really something to it this time.

Who won the election? Hillary Clinton by more than two million votes.  Who will be president? Donald Trump the man who invited Russian president Putin to hack and distribute and who now denies they did in the face of evidence from our spy agencies, almost all of them.

NBC News reports Putin was directly involved in the hack.  Not that Vlad’s a computer geek or anything. But he’s said to have directed which leaked BS got published.

So basically, Putin got Trump elected. This is an even more spectacular event than the 2000 election of George W. Bush.  He needed five votes from Supreme Court justices.  This time it took only one.

All throughout the campaign the Republican candidate said the election would be rigged.  Apparently he was right.

Dulles turned the Soviet Union into a punching bag and an excuse for ridiculous excesses and money wasting.  It’s not that they were some kind of worker's paradise.  They weren’t.  What they were was an easy target.  Dulles and his brother could make them the excuse for everything that went wrong in the world.

There was some truth in Dulles’ arguments.  Just enough to keep us riled up.  The more we riled the greater the benefits to Dulles’ business interests. This time the shoe is on the other foot.  Ask yourself this: If the president elect invites Russia to hack his opponent and then the CIA and the FBI give him reason to believe it happened, and he turns 180 degrees and says he doesn’t believe them… what does that all mean?

What does it mean that his nominee for secretary of state won a Good Guy sweatshirt from Moscow and is on a first name basis with some of their oily-garchs?

Undermining the election is a first step toward undermining everything else that makes America America.  Or is it the third or fourth or 5000th step but we just now caught a glimpse of the line of march.

Today’s Quote:
“Nothing happened. There was no victim.” -- NYPD source when 18 year old subway rider Yasmin Seweid was arrested and charged with filing a false report about three men whom she said harassed her and tried to rip off her hijab when she needed an excuse to explain her missing curfew. 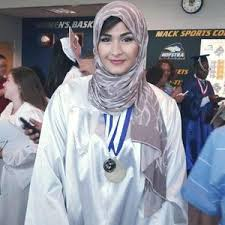