There’s at least one thing the President- Elect is right about.  It’s time to take over the administration building at the Electoral Community College.  Call in the protesters. 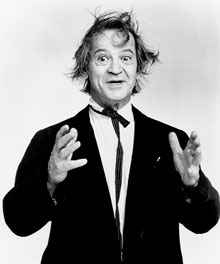 Professor Irwin Corey never taught at the electoral community college.  But it owes him a debt of gratitude nonetheless


Twice in 16 years the winner of the presidential election wasn’t inaugurated, Al Gore in 2000 and Hillary Clinton this year.


The constitution puts this antiquated sop to the slave states a reflection of a fake America.  Oh, how the founders drooled over the idea of bringing those soil- rich southern states into the fold.


And what did we get?  Arkansas.  Georgia. The Carolinas.   All places we could have done without, all places that collectively won the “war of Northern aggression.”


The E-C was designed to balance the populous states of the north and midwest with the cranky states like Virginia and Mississippi.  What would the country be without Alabama?  Perish the thought!


The Electoral College puts the power to rule into the hands of rural America where there are more acres of subsidized fallow farmland than there are people.  It’s like giving voting power to dead ground.


America lives in its cities and these days in its suburbs.  And it’s time to recognize that. The Electoral college has to go.


Would we have done better if Gore had actually been inaugurated?  Hard to tell. How about Hillary?  Hard to tell as well.  Is the Generalissimo leading the junta going to wreck the country?  Probably not.  But that’s not the point. The point is even in a semi- democracy -- and that’s what the US is -- the people should be allowed to elect the leaders.


Further, the E-C is completely controlled by the political party establishment.  These are the same people who create abstract painting-style congressional districts that guarantee the faithful lifetime jobs on your dime?


Fortunately the cities are striking back in the only ways they can: exempting themselves from the excesses of the hill folk.  Led by New York, sanctuary cities will not cooperate with any mass deportation of illegal immigrants. Can they get away with it?  Sure. Cities have put restrictions on gun ownership that give the NRA night sweats.  Sometimes those laws work, sometimes not.  But they represent a start.


Eliminating the Electoral College is not some left wing pipe dream. There are plenty of right wing cities which would be perfectly happy to have power in proportion to their populations.


We want honest elections, or at least say we do.  Well, what’s honest about inaugurating the loser?


Today’s Quote:
- (The President Elect) “... doesn’t know much. One thing he does know is how to get angry white men to vote for him.” -- William J. Clinton


Shrapnel:
--Russia and Turkey say they are “probing the assassination” of the Russian ambassador to Turkey. What’s to “probe?” The shooter shot him in public with 100 witnesses and news cameras and then hung around to deliver a short but loud sermon some of it in Arabic.