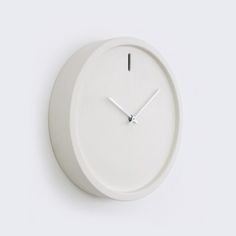 A little misleading.  There IS no time bank.  But think of what you could do if there were.

First, let’s get one thing straight: Time is your only asset and it’s not renewable.  Forget relativity, spacetime, alternative universes. We get enough of that from the incoming Ghost Ship administration. Alt this, alt that.

Time may be an artificial construct based on observable phenomena.  But in day to day use, it’s real.

And think of how much you squander.  If you could bank some of it, your life would be longer… generally considered a plus.

As in any market (how Paul Ryanesque!) there are gains and losses.  When the court has a missing item on its calendar and your case comes up early, you gain.  (Unless, of course bail is denied and they take you directly to the electric chair.)

When the sign in the doctor’s office says if you’re more than 15 minutes late you will have to reschedule, you’ve lost time even if you’re only 16 minutes late.  Of course if doc is late, no matter by how much, tough, buddy. Live with it.  He’s a doctor, after all.

You lose time on checkout lines, in traffic jams, waiting for “her” to put on her makeup after taking forever deciding on what to wear (still subject to change after the makeup’s done.)

You lose time when the foursome ahead of you on the 18th hole decides to drink and carouse before they get to the “19th Hole Lounge” in the clubhouse.

You lose time when you use the cash only lane on the George Washington Bridge and eight cars ahead of you is Jed Clampett in his 1928 Model A trying to get directions to Rhinebeck followed by seven cars from Ohio.

These are times you can’t bank.  But think about the time you lose all by yourself.

An hour watching “The Voice” or the MTV awards is an hour you’ll never get back. A trip to the outlet mall is a day you can’t get back.

The clock is not syncopated, it counts steadily.

Grapeshot:
-When you tell the bank teller you want to make a “time deposit” and she asks how much and you answer about an hour” she’ll have you thrown out.

-Calling a watch a “timepiece” in an ad is pretentious, calling it a timepiece in conversation is ridiculous, printing the word on the watch face is gauche.

-In the smartphone era, watches are jewelry because there’s no need to have one to tell time.
-Digital watches with LED readouts often have a zillion functions but they lack one you get only with analog: time remaining in the hour at a glance.

-Make that two functions… because a stopped analog is right twice a day but a stopped digital is a blank face.

I’m Wes Richards. My opinions are my own but you’re welcome to them. ®
Please address comments to wesrichards@gmail.com
All sponsored content on this site is fake.
© WJR 2016
- December 28, 2016