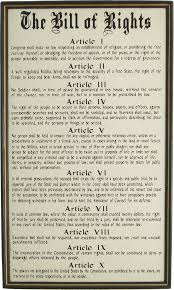 We’ve proposed amendments to the constitution before.  The most notable says “Congress shall make no law without eliminating two others not passed for the purpose of repeal.”


This one is more of a housekeeping move.


Let’s have an amendment that switches the order of the bill of rights, putting the most important on top.


Right now we have the first amendment, which is about freedom of speech, the press, religion and assembly.  This is superannuated.


The incoming administration is strictly about controlling the press and restricting religion to select versions of Christianity.  So maybe the first should be moved down a notch or two.


What’s really important these days is guns.  So let’s elevate the second amendment to first.


This will cause a great deal of reprinting.  The NRA will have to re-do every scrap of propaganda and every book.  But print orders are good for the printing business. So the neo-first amendment is a good old American pro-business piece of … legislation.


The second is so much more popular than the first these days, elevation is a natural act.


The third says the army can’t waltz into your house and bunk without your OK.  This deals with a revolutionary war- era problem.  But since we’re reordering not changing the amendments, move this one to the bottom.


The fourth: unreasonable search and seizure.  The fifth, sixth, seventh and eighth have to do with your rights in court… things like grand juries, high bail and so on.


The ninth says they can’t take away your constitutional rights.  And the tenth is States’ Rights.


So in the reordered Bill of Rights, the second amendment becomes the first, the first becomes the second, the tenth becomes the third, the fourth, fifth, sixth, seventh and eighth and ninth remain in place, and the third moves down to tenth.


Once this precedent is settled, we can go to work on the rest of the amendments.  There’s plenty to do there, too.


But first things first.  Or maybe second.
Shrapnel:
--Jon Benet Ramsey’s brother is suing CBS charging its series about his sister’s murder has ruined his reputation. Reputation? As what, a spoiled rich kid with a deck of 51?


--President elect Tweet (or is it Twit?) has asked the Russians for patience in the face of new sanctions and told Israel’s prime minister not to worry about anything president Obama does in the waning days of his administration.  Advice to Putin: Don’t hold your breath. Advice to Netanyahu: worry.


Sponsored content:
Home for rent by owner. Live the good life tax free on Long Island’s fashionable North Shore in this lovely 45 room mansion once the property of George DuPont Pratt and now the former summer retreat of the Soviet Union.  Killenworth was most recently used for information gathering on Long Island’s failing defense industry and the 2016 presidential election. Views of Long Island Sound, beautiful eat-in kitchen. Free internet, Greenhouses, landscaped gardens, Olympic swimming pool, on site security. Contact the broker of your choice or call the Russian Mission to the United Nations at (212)861 4900.

I’m Wes Richards. My opinions are my own but you’re welcome to them. ®
Please address comments to wesrichards@gmail.com
All sponsored content on this site is fake