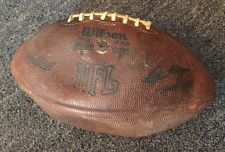 Sunday upcoming is the best travel day of the year. The highways will be empty and all will be quiet.  It also is the best shopping day of the year.  You will have the place to yourself, whatever the place.
Stuporbowl Sunday.
Yes, once again it’s time for Madison Avenue to show the latest stunning commercials about which you’ll remember everything except the name of the advertised product or service.
And it’s time to surround those commercials with the world’s longest hour, all 300 minutes of it.
It’s Superbowl Sunday, glorification of the lowest of the low i.q. sports.  A choreographed street brawl with a lot of time- outs.  Big men running around a football field the size of a football field occasionally kicking and throwing a blimp-shaped bladder covered in pigskin but mostly just bashing the daylights -- such as there are of them -- out of each other.


This game is the World Series or World Cup of football.  But, mercifully, it lasts for only that 300 minute hour instead of dragging on for weeks.


At least this year’s halftime show will be headlined by someone with actual talent, Lady Gaga. 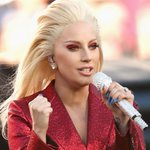 Pro Football is different from college football. First, the athletes are better paid. Much better paid.  And not under the table.
With the pros, you can’t bring your own food into the stadium, something that’s tougher to do at college games than it used to be.
With the pros, injuries are better hidden but more severe.  Young college players are more resilient and recover faster than the creaky oldsters in the NFL.
And by the time a professional gets to the big time, he’s already pre-injured what passes for his brain, his knees and his hips to the point that additional scarring and swelling will settle in and feel right at home.
Superbowling is a fine way to keep undesirables off the street for a Sunday afternoon or evening. And it gives the rest of us a chance to travel at the speed limit.


--Professional football has a helmet rule, wear it or you can’t play.  That’s one thing they have in the brain department over many motorcycle riders. Except even the most modern, high tech helmets can’t seem to do much about brain injuries.


--Why does a game that’s supposed to take one hour take between three and four? Because football uses cellphone math.  I.e. with a 20 second call they charge you for one minute, and if the call lasts 1:01 they charge you for two.
Today’s Paraphrase:
-“This is what happens when the occupant of the White House is a five year old with a biscuit in his pocket.” --Norman Lear asked on American Public Radio what he thought of Donald Trump.


I’m Wes Richards. My opinions are my own but you’re welcome to them. ®
Please address comments to wesrichards@mail.com
All sponsored content on this page is fake.