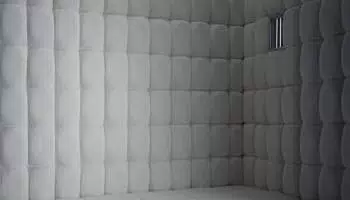 Do not believe the fake news reports.  There is no firm evidence that during the President’s nine day overseas trip, Ivanka brought in a crew of decorators who padded the Oval Office.

We’ve all had terrible bosses, but would you take a job in this White House?  Only if it were unionized and with a solid history of favorably resolving grievances.

You have to wonder what things are like when one of the president’s earliest backers, Jeff Sessions, rewarded with a job as Attorney General, offers to quit rather than risk the long history of his office’s independence from any president.

The president has stuck his nose in where it doesn’t belong with comments on the London bombing, NATO, the Middle East, Qatar, the offices of successful federal prosecutors to name only the last few.

Governor Moonbeam of California has become the defacto head of climate change policy.

Expect more of that.

Trump also puts staff members in the doghouse. Priebus, Bannon, Spicer, even his son in law Jared the (formerly) untouchable. So far, he’s okay with Ivanka.  But that’s probably because she knows too much and may be the only person in nepotism land who doesn’t fear him.

There are only two ways to get this guy headed for a life on the golf course: locking the padded oval office or sabotage by his own staff.

This space has been critical of every president since Eisenhower. But each of them has had some saving grace, if only minor.

Ike proved we can go eight years without a president. But he was the right choice in a post war America that was getting back on its feet. And he built a great highway system.

By the time Kennedy was murdered, he was held in such low esteem by members of the national legislative body that he couldn’t get “cross at the green and not in between” approved. But he was a breath of fresh air for many of the rest of us.

Johnson was a war monger but he managed to get some of Kennedy’s social programs into law and added some of his own.

Nixon?  Where can we even begin about Nixon?  But he opened China and created the EPA.

Ford: An economic amateur but a healer. WIN: “Whip Inflation Now.”  And he toasted his own breakfast muffins.

Carter: Fear of giant rabbits and lusting in one’s heart. Anti Israel, but in his later years gained the love and trust of even the people who voted for …

Reagan.  He tried to take us back to an era that never was.  Now he’s a saint who probably could not win an election today because he was too liberal.

Bush 41 inflicted Quayle on the rest of us but was so vanilla no one much cared. Or noticed.

Clinton lied under oath, though it was an oath he never should have had to take. The economy boomed.

Bush 43: Cheney, mission accomplished and “good job, Brownie.” But at least he was a fun guy.

And now there’s Baby Huey.  A complete nitwit with a well deserved and accurate inferiority complex, someone who does not know what he doesn’t know. One who is turning this once great nation into a laughing stock and flitting around like a firefly in a Glad Wrap covered water glass, blinking at imaginary enemies and ignoring real ones both in and out of his skeleton staff.

GRAPESHOT:
-Google Docs spell check recognizes "Covfefe" as a word but Microsoft Word does not.

-Comey put Trump through the shredder by standing up fearlessly for what’s right and making the president look as small as he is in comparison.