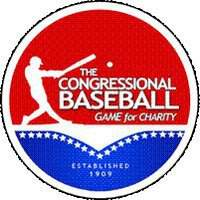 Here’s hoping this week was the trailer and the movie will be less exciting.  Hollywood crams all the best stuff in the preview.  Then you see the film and you realize you’ve already seen the only parts worth seeing.

What does this all have to do with heat? Nothing.  At least not the kind you experience when you’re outside in summer.  This is a different kind of heat.

They had a little fire at a high rise in London.  Late reports say the death toll may rise above 100 and some of the victims may never be identified.

As the work week wound down, a UPS driver, Jimmy Lam, shot and killed three coworkers and then himself in San Francisco and no one yet knows why.

And then there’s Steve Scalise.

He’s going to be in the hospital “for some time,” his doctors say. Scalise is the third ranking member of the leadership in the house of representatives, the Republican “whip.” He was shot during baseball practice across the river from Washington in Virginia.

The events, of course, are unrelated. But they all seemed to hit at once.

A nut job with a long gun shot and wounded a bunch of people who he considered hate worthy.

This time it wasn’t a white right wing kid with a chip on his shoulder who slipped into a church and killed a people because they were black.  This wasn’t a couple of high school misfits who fired on their classmates because they could. This wasn’t ISIS at a dance club

As of this writing, congressman Scalise remains in critical condition.  He’s had at least two surgeries, maybe more -- and maybe more to come.

Whips don’t make much news. Their jobs are more behind the scenes.

It’s probably fair to say there’s a good chance you never heard of Scalise until he took a bullet.

Now, we’re hearing calls for unity coming from every corner.  And that’s what we should be hearing and thinking.

It’s what we hear and often what we do whenever something big and awful happens.  We forget our differences, at least temporarily. And we become a nation.  We embrace those we disdained yesterday.

But it fades quickly.

Just think of how much we could get done as a nation if we didn’t let it fade.
Shrapnel:
--Democrats won the charity baseball game 11-2 and lead the series 40-39 with one tie. Technically, you can’t tie a baseball game. But you don’t expect members of congress to play extra innings, do you?