You take a digital picture, and suddenly there it is on your screen.  Faster than you can say Polaroid. Many if not most of you have at least one of these.  Even a friend who carries an unregistered cellphone he has in case he needs to call 911.


Trump, ingenious fellow that he is, has a new version, not yet out on the market.  You take a picture and instead of instantly appearing on the screen, the subject disappears from in front of you.


So the day before yesterday, the President of the United States lowered himself by actually raising himself out of his chair, then ambled down the hall to Scary-moochie’s office, stuck his head and camera into the door and snapped the shutter. 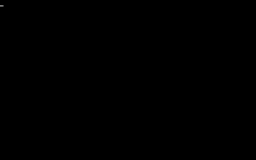 Scaramucci portrait by Donald J. Trump
The president can’t stand a mini-me who outshines him even momentarily.  On his way back to the oval office, he stops at Sarah Huckabee’s desk and she hands him a single sheet of paper.


As we were able to do with the Priebus memo to Kelly, we have photographed it.  Here it is:


To: President Trump
From: Sarah Huckabee Sanders
Subject: Reasons to tell the press you fired Scaramucci.

Wessays™ efforts to reach Scary-mooch for comment have failed so far.  Maybe he really did disappear.


Some say it was new-broom-Chief of Staff Kelly who actually pulled the trigger.  But we know better. No one so much as goes to the men’s room without a hall pass from The Supreme Leader.


But notice that when even a faint breeze of sanity floats through the Presidential Palace, we all stand and applaud and think “well, things’ll get better now.” Further evidence that we are losing our grip at the same rate at the Beloved Leader.


GRAPESHOT:
- Too bad that magic camera doesn’t have a front facing selfie lens.


TODAY’S QUOTE:
-“We work for the American people. We don’t work for the president.” -- US Sen. Tim Scott (R- SC) on why republicans are pulling away from Trump. Scott was appointed to replace Sen. Jim DeMint, then won election to serve the rest of DeMint’s unexpired term, then won a full term.  He is one of three African Americans currently serving in the Senate.