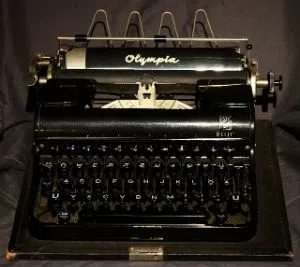 You have to admire some guys.  They really do live for their hobbies and do their jobs just to pay the bills.


All of the "life coaches" tell us we should find something we love when we look for a job, and then work won't be work.  They are, as usual, wrong.  Find something you hate.  And forget about it at the end of the day.


Foot O'Brien was saying that, sitting at the table in his Kew Gardens "Florida Room," which seems like a strange name for a room in Queens, but that's what it is.  Foot got the name Foot by changing his previous name from Inch, which drew a lot of laughs at closing time.  He got the name "Inch" from the Danny Kaye movie about the guy who wrote fairy tales.  It had a song about inchworms measuring marigolds.   Foot measures stuff, too.


He's a business accountant.  A bean counter who refuses to eat beans and doesn't really much care for counting.


"See any accounting crap around here?"  he asks.  "No computer. No spreadsheets, no ledgers, not even a (expletive) #4 pencil!"


Foot doesn't bring the office home.  He doesn't even have a calculator.  But he DOES have a typewriter.  Actually, that's not quite accurate.  He has a load of them.


Some of them are pristine and shiny.  Some are dusty and old.  Some are in pieces on a workbench.  That's what Foot does.  Foot restores typewriters.


For whatever reason -- and if you ask him why, he'll tell you "because it makes you ask me why,"  which is not a real answer, but it's all you're going to get.  He's been doing it for years.  It's what he does.


He can look up when each of the typewriters was built.  Not just the year, but even the DAY.   He's a guy who does his job to pay the bills, leaves the office in the office, has a Florida Room in Queens and has forgotten more about typewriters than Smith or Corona ever knew.


If you ask him -- and often even if you don't, he'll talk your ear off about typewriters.  Just don't ask him about pencils or beans.


SHRAPNEL:
--The President spent some time the other day promoting technology for veterans with health problems. His first suggestion was to sit in the electric chair.  The second was to “drink this stuff… like my grandmother… who was sick… she took this and felt great when she died ten minutes later.”


--Was this before or after the latest admission? You know… the one where he lied about getting a congratulatory phone call after delivering a campaign speech to the Boy Scout Jamboree? Honest Sarah Huckabee not only has a diabetes cure to sell you but she now says the call never happened.