1835 Uber in Horse and Buggy Country 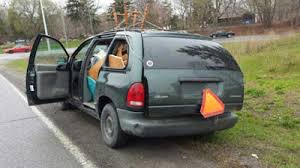 STOELLENFUSSER PA -- (Wessays™ News Service) -- Abraham Stoellenfusser, great great great grandson of the town’s founder in the 570 Area Code wants to be an Uber driver.  And he has a problem.  Two, actually. First you need a smartphone to hail an Uber and most people in his town and its surroundings don’t have smart phones.  Second, to be an Uber driver you need a car.  And the folks here tend not to have cars.


He has a truck.  A 1956 GMC - 100 with Hydramatic. Uses it to take the crops for sale to larger towns in less traditional area codes.  It’s OK to have a motor vehicle if you only use it for work. At least that’s what Stollenfusser says.


But he has an eye on a spiffy, low mileage Chrysler station wagon that’s maybe ten or 12 years old but runs like a top.  Clean, too.  Be nice to ferry around needers of rides.  He’s even figured out how to attach a gizmo called a “governor” which will limit its speed to 11 MPH.  No sense jarring those poor old men and women by going, say 20 or 30 in a 55 zone.  Saves gas, too.


The Dollar General has those triangular reflective triangles that indicate “slow moving vehicle” so that’s no problem.


But Uber won’t grant him a job unless he has a smart phone.  And on that, he won’t budge.


Lots of Amish have cell phones. They just don’t have landlines or VOIP because that would require running wires to the house.


A visitor asks how if he did have a smartphone he would keep the battery charged?  He points out that the Chrysler has a charging port.


So if you’re around ‘Bram’s town and you need a ride, it’s just a couple of keystrokes away.  Well, not keystrokes, actually. Pen strokes. There’s a signup sheet at the head of that little road that leads to the Stoellenfusser place. He checks it every morning at about 6.


And yes, driving an Uber is driving for work, just like crop delivery.

SHRAPNEL:
--Looks like we’ll be hanging out in Afghanistan for awhile.  Trump listened to his generals and will increase the US troop count.  To a hammer, everything else is a nail.


--There’s no public plan to win in Afghanistan and no definition of winning.  There’s no public timetable, either but you can bet there is a non-public one. That’s how to lose… they’ll just wait us out.


--How can the ships of a modern navy keep crashing into others? And when the alarms ring, how do sailors not know to get out of the compartments where doors close and seal to prevent the ship from taking on water.  That’s a technology that’s been around at least since the Titanic and probably earlier.


GRAPESHOT:
-Happy 82nd birthday to Morton Dean, the guy who should have gotten Cronkite’s job when Walter retired.