1841 North Korea and the Swiss 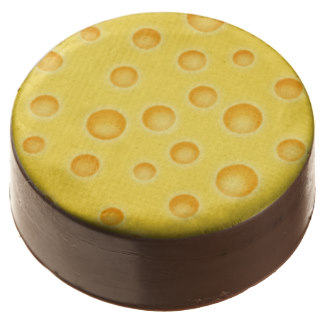 Quick, what comes to mind when you hear the word “Switzerland?”  Chocolate, clocks and watches, skiing in the Alps? Secret numbered bank accounts? Neutrality?


Famously “neutral” in World War II, this tiny, self important nation has long survived on the service economy with minor manufacturing and political and financial shrewdness.


And now comes the Swiss foreign ministry with an offer to mediate the differences between North and South Korea.


Note to Pyongyang: Get all the money you can into one or more of those numbered bank accounts, because when you get mowed down and Kim El Suk or whatever his name is decides to flee, he’ll have no access to the cash.


Why not? Because he’ll leave the scrap of paper with the number on it in the palace and once he’s received asylum from Uganda or Argentina, there’s no going back for it.


Learn from the experiences of those upstanding Germans who were only following orders and who now work as farmers or store clerks, are about to celebrate their 97th or 102nd birthdays and who swore on their citizenship applications that they spent the war in Zurich, not Dusseldorf or Auschwitz.


In the previous century, Japan had been aggressively acquiring real estate in areas where people were resistant to having their countries occupied. Korea was just one such place.


When WWII ended, so did Japanese rule.  And taking a leaf from a long failed British idea, partition, the Americans and the Russians drew a line at the 38th parallel and each got half of Korea. Russia quickly realized they didn’t want to be there and gave their half, the north, to the Chinese.


So, Korea joined that small club of wars-in-the-making, standing shoulder to shoulder with such notable flops as divided Ireland, divided Germany, divided Cyprus, the divided middle east, half of Africa and divided Nogales, AZ and Nogales, Mexico.


Switzerland smelled a gold mine.  Several, in fact.


When Swiss sub rosa Nazis went into hiding, they didn’t just give up their profitable “neutrality” business.  They just worked their magic elsewhere.


And now, the opportunities are even greater because Korea means something, as opposed to  Freiberg, Germany, which doesn’t. (That’s a small city across the Rhine from Switzerland.)


Don’t be surprised if both Koreas unite on at least one thing:  No taste for Swiss Cheese.


SHRAPNEL:
--We watched the so-called Attorney General smarm his way through that little self righteous little sermon about how we’ll make America great again by ridding it of people who came here illegally as children and don’t know any other country.  PIX 11 TV never returned to the Springer Show it interrupted to bring us Beauregard Live.  Which figure is more profane?


--The New York Daily News, the most clearly written paper in America was the child of the Chicago Tribune which has just bought back. In its opening years, the News was a raucous right wing wildman but recently it has become what you can only call a raucous left-leaning middle of the road wildman.  So it’s back into the womb.
Grapeshot:
-Additional reporting by Reuters.


-That combination of swiss cheese and milk chocolate (illustration above) is pretty good and you can do it with a slice of supermarket cheese and a Hershey bar.