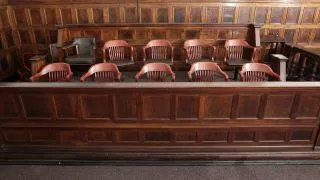 Scientists disagree on this.  But most seem to believe something completely wacky about the theory of gravity.


Yes, there are those who believe that gravity is real and that every time you drop something, it falls down until you catch it or it hits the ground.  Absolute nonsense.  It’s a liberal plot to make you feel guilty.


Have you ever seen gravity?  Or smelled or tasted it? Of course not.  Oh, yes, there is a consensus among scientists that it’s some kind of invisible force like positive thinking or good will, corporate generosity and government efficiency.


Scientific consensus is not science.  We all know that. It’s guesswork.  If it were real science, everyone would agree.  A fact, after all, is a fact.


Oh, sure, every time we dropped something, it fell down.  We know that.  But what we don’t know -- can’t know -- is whether the next thing we drop will follow suit.


It could just hang there in mid-air.  Or it could move up. You just never know for sure.  Wessays™ is known for its bold neutrality and takes its usual radical middle position.  That is to say, there may be a good scientific basis for the existence of gravity, but the other side has some good points, too.


Among them:
--When you’re watching an action movie and see a car drive off a cliff, land on rocks below and burst into flame, that’s fake.  Hollywood can do that with models, computer animations and your willingness to suspend disbelief.  That car did not drive off a cliff even if you saw it with your own eyes.


--Blimps float in the air. They fall up.  How do you account for THAT, you tree-hugging solar powered liberal freaks?  Same with hot air balloons.


--Submarines seem to fall lower in the ocean. But they always float back to the surface.  Well, not always but most of the time.


--Sometimes, you start to fall. Often you return to upright before you hit the ground.  How do explain that, you socialist, folk-singing smarty pantses?


If gravity were real and you dropped a soccer ball or basketball, it would just sit there.  But does it?  No. Sometimes it rolls into the street and if you chase it you could be hit by a passing car.  Where’s your gravity now, huh?


Remember, gravity is only a theory.  Further study is needed.


SHRAPNEL:
The word “theory” has different meanings.  It is commonly thought of as a synonym of “guess.”  In science, “theory” is something that can be regularly tested with the same results, not something “we think may happen.”

TODAY’S QUOTE (Attn: Robt. Mueller):
-“When you strike at a king, you must kill him.” -- Ralph Waldo Emerson.


GRAPESHOT:
-Did the three recent incidents where spectators were hit with a bat or ball affect Yankees ticket sales and if so, in which direction?