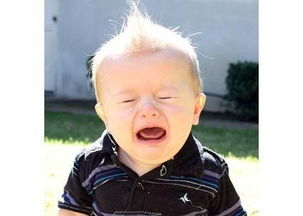 That means that you are relatively sane and relatively willing to hear things with which you disagree and say “well, his opinions are his own but I’m not buying” or “well, he can sometimes be amusing so I’ll keep reading,” or “maybe like the monkeys typing Hamlet he’ll eventually come up with something worth hearing.”

And that means you habitually look for the right in people.

But Donald trump has reset your brain. You may be trumpnatized.

And now is the perfect time to break the spell because he has been out of the public eye for some days as everyone scurries to cover every fallen tree, flooded home and missing kitten from Houston over to Key West and up the panhandle to Georgia.

Out of the public eye, does not mean out of mischief. But it does mean the section of our brains that was constantly focused on the White House has given that muscle seizure a shot at relaxing.

You have been somnambulized into believing that his words have any relation to either his actions or the time he says them.  They don’t.  Here’s just one example.  click here

But in 2000, Matt Lauer asked trump about running for president and said something different:

Scroll to :52 seconds into the link and start there. You only need a few seconds.
(The Jesse he’s talking about is Jesse Ventura.)

Okay, you say, he had 17 years to forget.  But this is typical trump.

Nothing has changed.  Say today, deny tomorrow.  And yet, when he speaks, especially nowadays when he’s actually our so- called president, you’ll give him the benefit of the doubt.

Most recently, he “made a deal” with the democrats to keep the government running through Thanksgiving and to aid hurricane victims.

You think “Well, this time he’s acting “presidential,” so maybe there’s some hope.”

Or: “Maybe there’s some little kernel of truth in what he said this time.”

Or: “Well, he made a deal with Pelosi and Schumer on hurricane aid and the debt ceiling so maybe he’s starting to come around this time.”

He has you trumpnatized. Your rational brain tells you he’s a tyrant toddler, one notch removed from Kim Jong-un. You know he lies every time his lips move.  You know you can’t rely on what he says beyond the moment he says it.

And yet, your emotions and background tell you … maybe this time.

It’s tough to let go of a piece of thinking that you’ve held at some level for all the years since birth.

And you’re shocked, horrified and baffled when he reverses himself.

In this state, you say to yourself “I must have missed some hidden meaning or some hidden agenda in what he said.”

He meant it at the moment, which ever particular “it” is on the table.  And there’s no hidden meaning or hidden agenda.

Okay, now I’m going to bring you out of your trumpnotic state.  I’m going to count to five and at the count of five you’ll be fully awake, feeling refreshed and relaxed, and fully conscious.