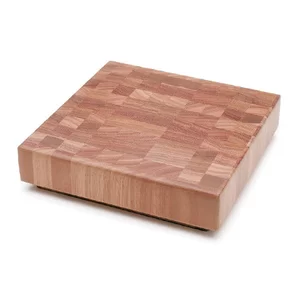 In nature, turkeys wander around gossiping among themselves, pecking for organic, gluten free Purina Turkey Chow and in general wondering why they’re even here. Then they find out.


Happy Thanksgiving Day.  Now, please put your head on this tree stump so we can remove everything above your neck and you can run around like a turkey with your head cut off.  We’ll come back later for your remains.


There are two ways you can be as one with your Thanksgiving turkey. Way One: stuff yourself on Thanksgiving Day. Way two: put your head on this tree stump so we can remove everything above your neck and you can run around like a turkey with your head cut off.  We’ll leave your remains in place.  After all, we’re not cannibals!


Well, at least not technically.


You may not realize it but we’re all Thanksgiving turkeys.


Think you have a vote?  You don’t. The system has been rigged.  But since the politicians can’t cut your head off in the real world, they give you an illusion that your vote counts.


A choice of news sources?  Remember that Forbes has become the Huffpost or Mother Jones for Libertarians.  The New York Times is fast becoming Lifestyles of the Rich and Wannabes.  CNN is a college bull session.


How about a choice of telephone companies.  Is there really any difference among the top three majors (alas, poor Sprint no longer counts.)


You have too few or too many choices.  If your head is headed for the butcher block, you’ll run around pretending you’re still able to think and take your pick of what’s offered rather than what should be offered.


The discount airlines treat you like sardines because the seats are too small and the fees are too high for actual turkeys.


The malls are empty while you busily shop on line for stuff you can’t feel or smell before you make a buying decision.


So when you sit down at Thanksgiving Day dinner tomorrow, be thankful that some DNA makes you better than the turkey you’re going to eat.  But the gap is getting smaller every day.


Grapeshot:
-Anyone notice that Al Franken was cut from the PBS special on David Letterman's winning the Mark Twain prize?


SHRAPNEL:
-- CBS, PBS and Bloomberg have severed all ties with Charlie Rose. He and Al Franken took guilty pleas rather than going to trial.  We’re waiting for Saturday Night Live to cut the Franken appearances out of their box sets and hoping Bloomberg Television has a demolition party for Charlie’s “special, trademarked, signature, iconic, traditional, aged-in-the-barrel one of a kind” round table.


--trump has backhandedly endorsed Moore for Alabama senator.  If Moore wins, it’s just one southern republican dolt replacing another. If he loses, the senate gets one more Democrat which won’t make much difference in what gets voted up or down but would be a symbolic victory against a serial child molester.


Today’s Quote:
“Better to make an old girl happy than a young one miserable.” -- Benjamin Franklin.