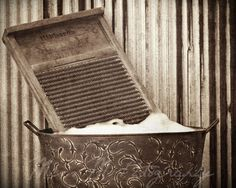 Manafort. Gates. Papadopoulos. The first two former trump aides charged with money laundering. The third, a minor figure, charged with lying to the FBI about a Russian connection.  And the White House has a double barrelled response.

Barrel one: Manafort is long gone from the campaign. Gates was a bit player.  Barrel two: Papadopoulos was less than a minor character.

Sarah Huckster Sanders the president’s press secretary who reminds you of the aunt who bought you clothing for your birthday, gets up there and more slickly than that aunt tells you “that’s all old history.”

To her credit, she didn’t echo the party line “Hey, what about Hillary, the foundation, the Russians.”  Leave that to the boss and his more intense sycophants.

So will these three upstanding citizens do time?  They could. But the real issue is can they be flipped and rat out some more important rats.  The answer is For Sure. These are the canaries in the coal mine that’s running the executive branch these days.

And to that… keep your eye on George Papadopoulos, Hudson Institute contributor who supposedly was digging in the soil of Moscow for the dirt on Hillary.  He is the furthest removed from the center of campaign and White House intrigue and charged with the most common of the crimes.

Who better to rely on for intelligence work than a secret agent whom most people never heard of and who was the least likely to be seen in the orbits of any of trump’s major planets?  “That guy?  THAT guy? You gotta be kidding.”

Yeah. That guy.  So ordinary, so generic and so pliable. A jack of no trades with a decent brain, a decent education and practically invisible outside the walls of the Hudson Institute.

The what? The Hudson institute, situated on the banks of… uh… the Potomac. Started by “Futurist” Herman Kahn, the real life inspiration for Stanley Kubrick’s
Dr. Strangelove, the mad proposer of living in mineshafts after America nukes Russia.

It’s yet another of those right wing think tanks whose job it is to upset apple carts by putting out press releases by guys like Papadopoulos.

trump called Papa a “low level’ campaign worker. Of COURSE he was.  Even trump wouldn’t let a public face do the kind of work Papadopoulos is said to have done.

And trump wasn’t as smart as his fellow New Yorker, John Gotti who assumed his social club was wired and so held his private talks while walking along the streets.

--Remembering Emma McClain, dear friend, debate opponent and both seeker and giver of advice. Yesterday would have been her 104th birthday, 10/31.  I know you have organized a heavenly Sunshine Club and as in life, since you always enjoy a good laugh, you’re watching us earthly fools continue to make earthly fools of ourselves.